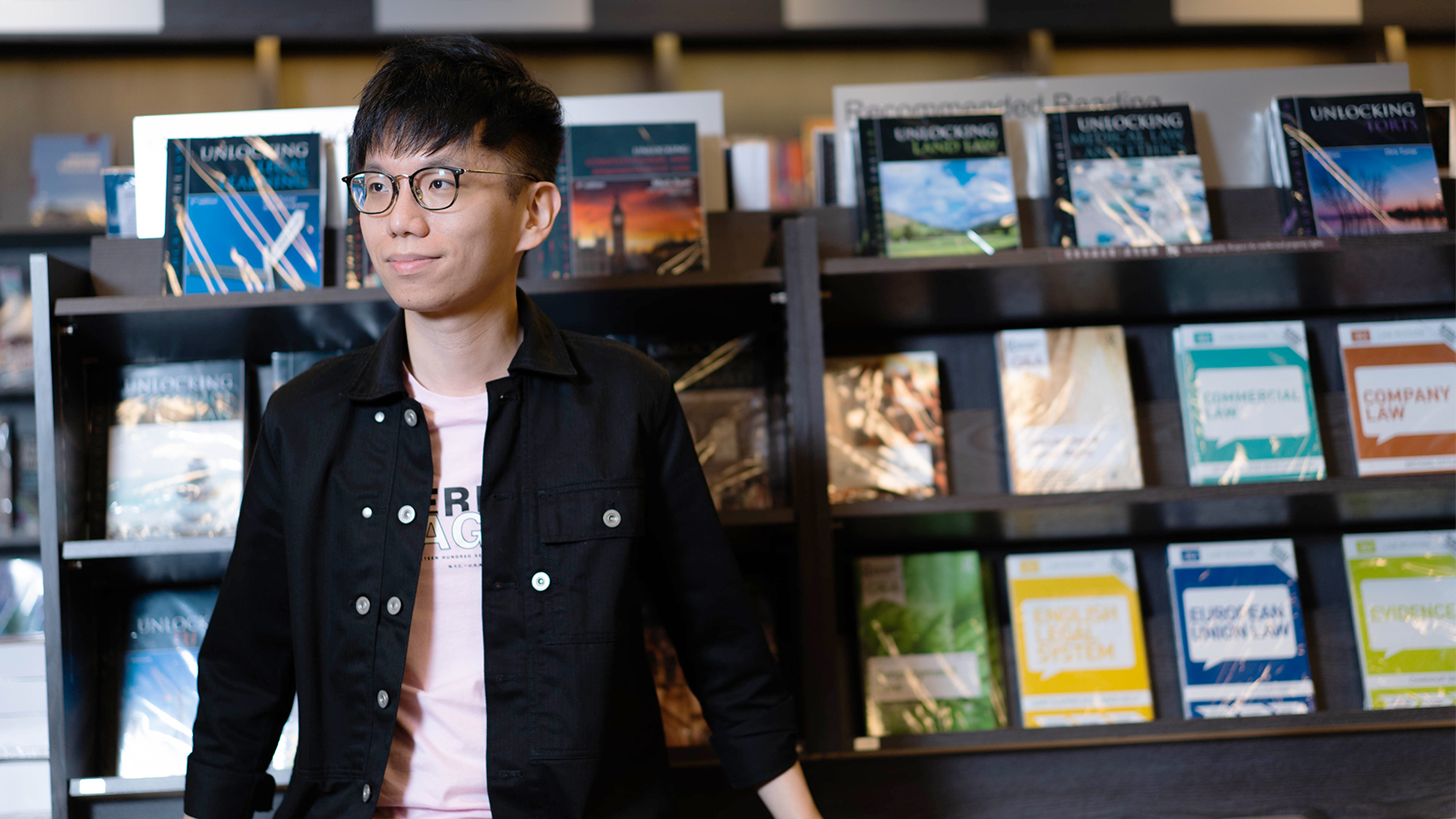 I only ask for this from myself ─ to give my best in everything I do.

Jayford Wong (BBA in Professional Accountancy 2010) is a man of many talents. He spent many years in one of the Big Four firms Ernst & Young (EY) and currently works in the accounting and financial sector. As an emerging writer, he has published numerous essays and novels. His acclaimed new release is a bold integration of the two forms of writing. He also founded social enterprise Green BB social innovation team to run creativity-driven fun activities on environmental conservation. A prime example of the “Slash generation”, Jayford wears many hats but his aspiration has always been the same ─ that is to give people new experiences that touch their hearts in a creative manner.

Accounting is in His DNA

One may think that Jayford was destined to be an accountant and follow the footsteps of his father, who is also a  BBA in Professional Accounting (PACC) Programme graduate from The Chinese University of Hong Kong (CUHK). He remembers visiting CUHK as a child. The beautiful campus made a mark on him. The familiar environment and parental influence inspired him to enroll at CUHK Business School, although he was a top science student back in secondary school.

At the start of Jayford’s undergraduate journey, the accounting novice did not perform as well as those who had accounting background. In addition to putting in extra effort, he participated in accounting and business case competitions to widen his horizons and make up for lost time. “I’m not particularly gifted, but I believe as long as I work hard I shouldn’t be too far behind.” 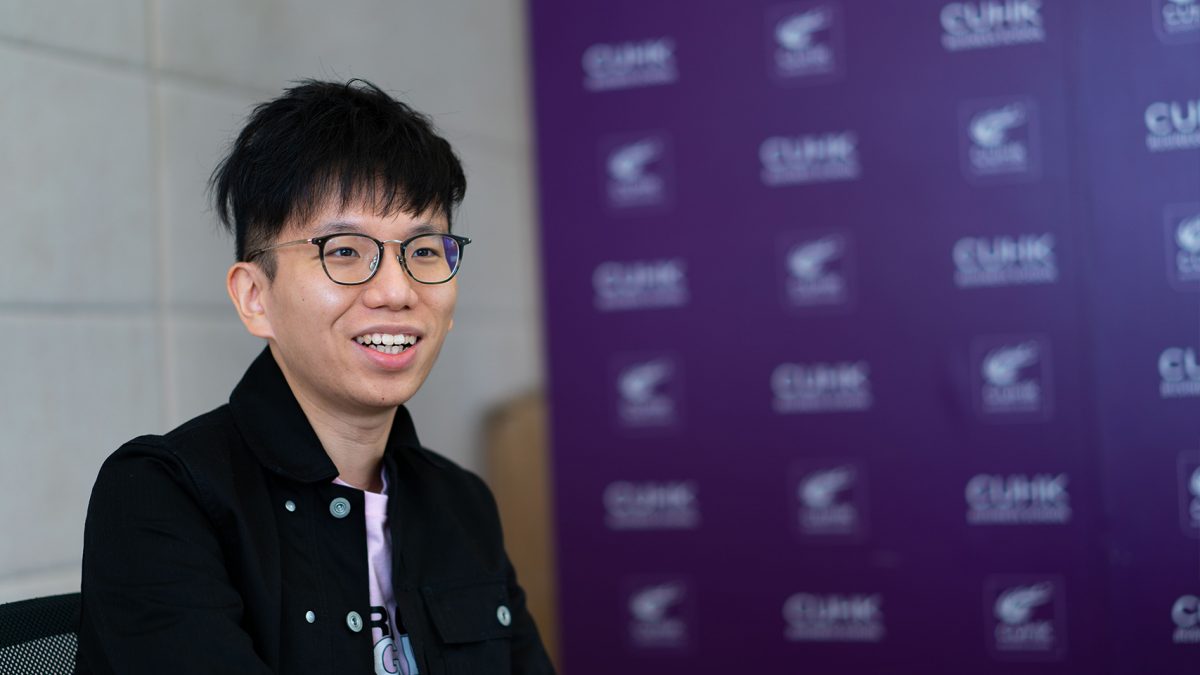 After graduation, Jayford entered EY, where real world experience made him thankful for what he had learnt in CUHK. “Professional accountancy training at CUHK Business School has built a solid foundation for me. I could handle accounting and administrative work with ease and communicate with clients and co-workers effectively.”

A senior once told Jayford that accounting would always be a good stepping stone regardless of his future career. Jayford finds it very true: “You can get a good understanding of the general condition of a company just by looking at the budget of each department. Accounting is more than crunching numbers.”

At the start of his career, Jayford also studied part time for professional accreditation. He was later assigned to US-based private equity clients, which meant he got meetings at night due to the time difference. When he got home from work, it was usually past midnight. “Although my working hours were long, the fast-pace learning process forced me to grow every day and appreciate team work.”

When Jayford was a junior secondary school student, he used to help his mother, a primary school Chinese teacher, grade articles written by her students. It planted the seed of his love for writing. He later minored in Chinese and started dating in CUHK. The experience served as a catalyst that inspired him to put his thoughts into words. He was a prolific award-winning writer during his time at EY. Much of his work was published in his blog.

I realised I could empower people through writing when my readers self-reflected because of what I wrote. — Jayford Wong

Nowadays, Jayford is not as productive as a writer and publishes about one book a year because his free time is so limited. For about one month a year he locks himself up and focuses solely on writing. Sometimes he even skips meals to avoid interrupting his train of thought so he can complete the project on time. “Sometimes I ask myself, ‘Why don’t I take a break? I’m on leave after all.’ But I want to finish what I’ve started. I believe hardship always leads to something great.” 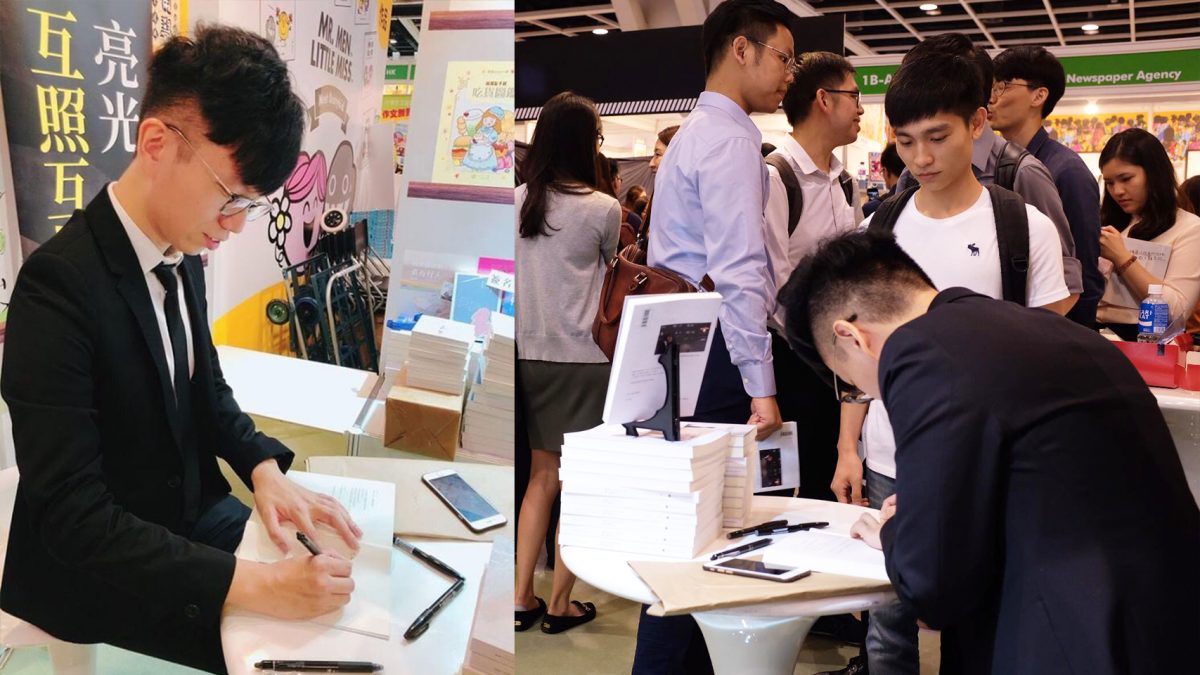 Jayford takes every setback as a lesson. After making a financial loss initially, he set out to understand the preferences of his readers through social media and adjusted his writing style accordingly. The sales eventually picked up. For his latest book, Don’t Want to Forget Although All Stubbornness Has been Exhausted, he has adopted a new format that integrates essays with novels to illustrate the process of recovering from a break-up. The attempt has proven to be very popular. “Last year I attended a book signing event at the Hong Kong Convention and Exhibition Centre. At first I was nervous and didn’t expect many people to show up. I was moved when I saw a line of readers.”

Jayford made the decision to leave EY and start Green BB Friend in 2018. In the prior year, he was invited by a friend who works for a social enterprise to lead a team to assess social needs and offer suggestions to improve the operating model of the organisation. “It made me realise that business acumen and creativity together can change the world.”

Jayford thinks traditional environmental conservation activities are limited to picking up litter at the beach or separating waste. He wants to come up with original ideas that encourage people to make use of their imagination to contribute to protecting the environment. “Environmental protection isn’t a mission impossible. It can be fun instead of run-of-the-mill.” 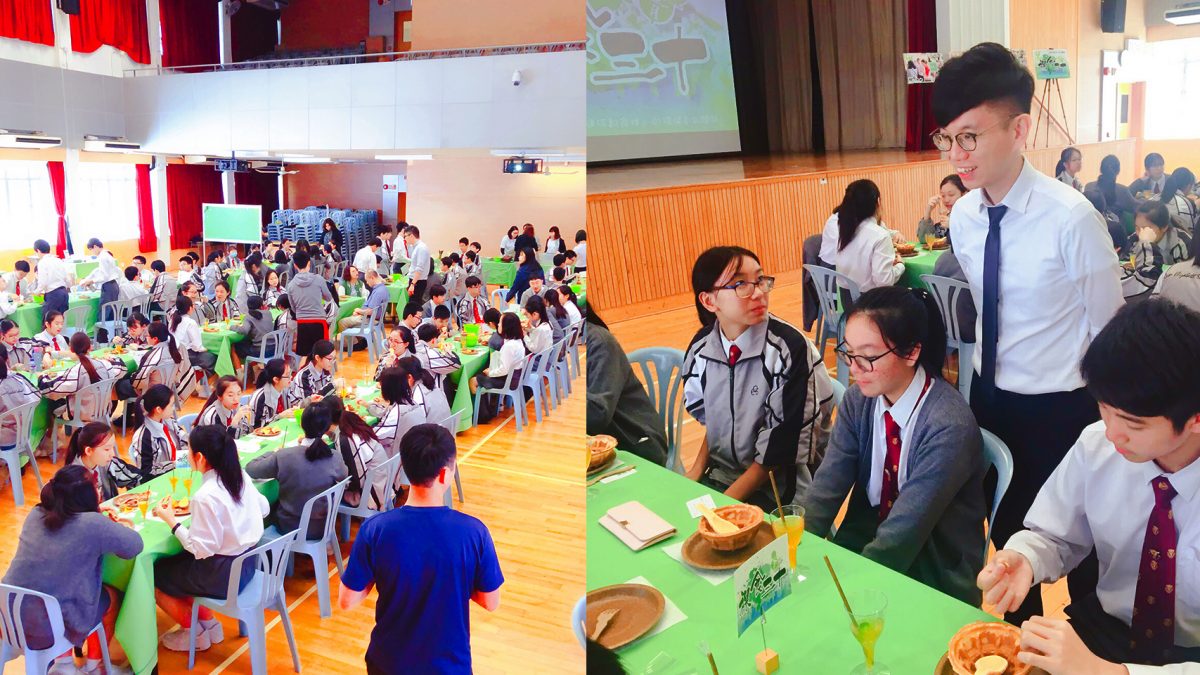 Green BB Friend held its event “Raw Food 30” at Queen Elizabeth School last year. The students had a blast at the green party.

Green BB Friend’s first original concept is called “Raw Food 30.” Participants are asked to make edible utensils to eat food with a low carbon footprint. Another project, “Dialogue in Gorlan,” recycles fruit with blemishes into dried fruit and juice as ingredients for participants to style artistic fruit platters. The brainstorming session during each event encourages participants to come up with new ways to promote environmental protection and pass on what they have learnt. These original experiences have been a hit among clients such as corporates, schools and charitable organisations. Soon they will host their first non-local events in Macau and Taiwan.

Although Jayford has three roles to play, he considers his end goal the same. “A writer touches people’s hearts with words. A social enterprise stimulates new thinking through creativity. They’re basically cut from the same cloth. As an accountant I’m good at cost control, so it strengthens the survival of the social enterprise. Perhaps we should care less about labels as long as we have clear guiding principles in life.”