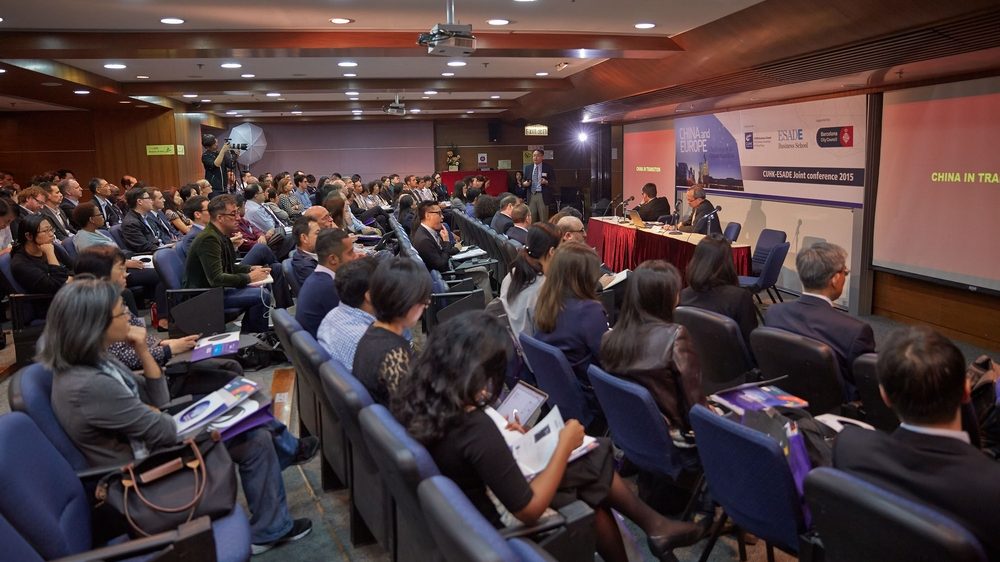 In December 2015, The Chinese University of Hong Kong (CUHK) Business School and ESADE Business and Law School (ESADE), two of the world’s leading business schools, held a joint conference hosted at the CUHK MBA Town Center in Central, Hong Kong. Over 150 people attended the event with the theme: “China and Europe- Challenges & Opportunities”. The conference celebrated the 50th anniversary of CUHK MBA and provided an ideal platform for academics, industry leaders and government officials from Hong Kong and Barcelona to share their insights on recent economic developments and the growing potentials for doing business in China and Europe. China is now the second largest trading partner of the European Union (EU) behind the United States while the EU is China’s biggest trading partner. China and Europe now trade over one billion euros a day.

The conference program included two panel discussions. The first panel titled “China’s New Growth Engine” with speakers from CUHK Business School including T.J. Wong, Choh-Ming Li Professor of Accountancy and Director of Center for Institutions and Governance, as well as Xufei Ma, Associate Professor at the Department of Management. The second panel was called “Opportunities and Challenges in Europe” with representatives from Barcelona and ESADE including the Dean of the Business School, Professor Josep Franch.

At the keynote address by Prof. Ivana Casaburi, Associate Professor of Marketing, Executive Director of the Executive Master Programs and Director of the ESADE China-Europe Center, she shared the findings from the new report entitled “Chinese Investment in Europe 2015”, with the following highlights:

Prof. Casaburi commented: “China is and will remain the engine of the world economy. The recent decline in China’s GDP indicates that its economic growth has reached a stage of maturity.”