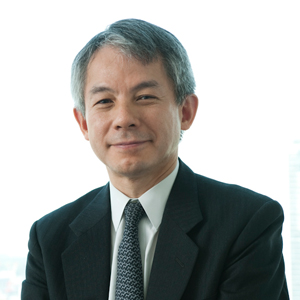 In Japan, Ambassador Hara served as Senior Advisor to the Ministry of Finance, the Prime Minister’s Special Commissioner on the Government Tax Panel, as an advisor to the Ministry of Internal Affairs and Communications, and as a member of various government committees, including Japan’s Industrial Structure Council of the Ministry of Economy, Trade and Industry.  In these capacities, Ambassador Hara’s efforts are aimed at lowering tax rates while increasing tax revenues in order to enable the Japanese government to establish fiscal discipline.

In the private sector, Mr. Hara founded DEFTA Partners in 1984 and became a Partner at Accel Partners in 1990.  He was considered one of the most prominent Silicon Valley venture capitalists in ICT in the 1990s and has led more than twenty companies – including Borland, PictureTel, SCO, Tradex, and Unify – to success. Since 2000, Mr. Hara has served as  chairman of  the board or helped to manage a number of U.S., Israeli and UK companies including Oplus Technologies (Merged with Intel in 2005), Broadware (merged with Cisco in 2007), Transitive Tech (merged with IBM in 2008) and Fortinet (NASDAQ IPO in 2009).

AFF is comprised of a number of divisions, notably the Alliance Forum Development Programme (AFDP) and the Public Interest Capitalism Research Institute (AFRI).  AFDP implements the organisation’s international development activities focused on (1) eradicating malnutrition, (2) improving education and health care, and (3) promoting economic self-reliance and empowerment in developing nations. AFRI, on the other hand, works to conduct research and define models for post-financial capitalism to replace the prevailing shareholder-centric model of capitalism which lies at the root of global financial crises.

He has also previously served on the boards of the San Francisco Opera, University of San Francisco, Tokyo Foundation, Japan Society and the Hara Research Foundation.

Mr. Hara was born in Osaka, Japan, in 1952. After graduating from Keio University’s Faculty of Law, Hara became involved in archaeological research in Central America until the age of 27. Following this, he enrolled in the Stanford MBA Programme in California and received a Master of Science degree from the Stanford University Graduate School of Engineering after a period serving as a UN Fellow.

He is also the author of numerous articles and publications, including a Japanese best-seller entitled 21 Seiki no Kokufuron (An Inquiry into the Nature and Causes of the Wealth of Nations in the 21st Century), published by Heibonsha in 2007, and Atarashii Shihonshugi (New Capitalism) published by PHP Institute in 2009.

He is a Global Agenda Council Member and a Meta Council Member of Inclusive Growth of the World Economic Forum (Davos Forum), and serves on International Advisory Council of SALK Institute.