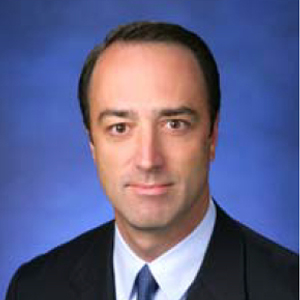 Mr. Todd R. Marin is an Adjunct Professor of Department of Marketing at The Chinese University of Hong Kong (CUHK) Business School. Todd headed J.P. Morgan’s investment banking practice in Asia-Pacific and leaded its M&A business from the firm’s Hong Kong office. In addition to his broader responsibilities managing the bankers in countries across the region and the Equity & Debt Capital Markets businesses, Todd focused on providing clients with advice on domestic and cross-border M&A transactions as well as overseeing the delivery of the M&A product throughout Asia Pacific.

Todd joined J.P. Morgan in 1989 and during his career had provided investment banking services to major clients in several industries and geographies. His deal list featured transactions that had reshaped industries including representing McDonnell Douglas in their 1997 sale to Boeing, which created the world’s largest aerospace company, and advising Network Solutions (the internet domain name host) on its US$21bn sale to VeriSign in 2000. In Asia, Todd worked on several multi-billion dollar transactions with leading corporates across the region including Samsung, CNOOC, Sinopec, Li and Fung, and Neptune Orient Lines. In addition to many cross border assignments, Todd’s Asia experience included defense mandates and proxy contest advisory roles.

Todd spent 13 years in J.P. Morgan’s New York office as a member of the M&A group working in several roles including as Head of the Technology and Aerospace/Defense M&A practice before relocating to Hong Kong to lead JPMorgan’s Asia M&A business in 2002.

Todd graduated from Syracuse University with a BS in Aerospace Engineering in 1984. He has an MBA from the University of Virginia Business School.