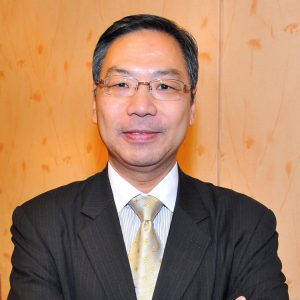 He is also an Adjunct Professor of the Department of Finance, The Chinese University of Hong Kong (CUHK) as well as Chairman, Alumni Committee and Member of the MBA Advisory Board, CUHK.

Prof. Wilson Wan has over 30 years’ experience in Corporate and Investment Banking. He commenced his career with Bank of Credit & Commerce International, and subsequently joined Australia & New Zealand Banking Group Ltd. Thereafter, he devoted himself to the internationalisation of Chinese financial institutions; key positions held by him include:

Among the leaders in Corporate Banking and Syndicated Loan arena, Prof. Wilson Wan was the Chairman, China Committee and Vice-Chairman of the Asia Pacific Loan Market Association during 2005-2012.