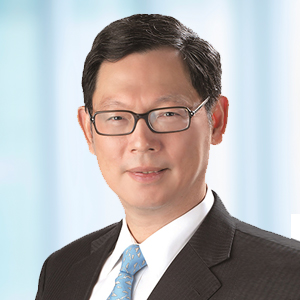 Norman Chan is an Honorary Professor of The Chinese University of Hong Kong (CUHK) Business School. He was appointed Chief Executive of the Hong Kong Monetary Authority (HKMA) from October 2009 to September 2019. Mr. Chan joined the Hong Kong Government as an Administrative Officer in 1976 and became Deputy Director (Monetary Management) of the Office of the Exchange Fund in 1991. He was appointed an Executive Director of the HKMA when it was established in 1993. From 1996 to 2005, Mr. Chan served as Deputy Chief Executive of the HKMA. During his 12 years with the HKMA, Mr. Chan steered a number of major financial policies and initiatives, including the development of Hong Kong’s financial infrastructure, the introduction of renminbi banking services in Hong Kong and the financial co-operation among central banks in the Asian region. He played a key role in the Government market operations in 1998 that helped maintain the stability of Hong Kong’s financial system. From December 2005 to June 2007, Mr. Chan was Vice Chairman, Asia of Standard Chartered Bank. Prior to rejoining the HKMA, Mr. Chan was Director of the Chief Executive’s Office of the Hong Kong Special Administrative Region Government from July 2007 to July 2009. He was the Founding Chairman of the policy think tank, the Bauhinia Foundation Research Centre established in 2006.