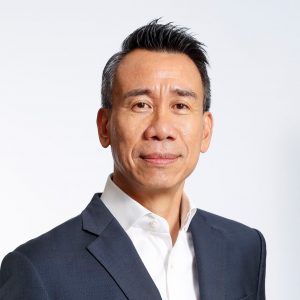 Mr. Fung is currently Chairman of Greater China at Jones Lang LaSalle (JLL). He was previously the Chief Executive Officer for Greater China at JLL, where he was responsible for the strategic direction of a business with more than 20,000 employees in 16 corporate offices. He first joined JLL back in 1984, after graduating from the University of Aberdeen with a degree in Land Economics.

In 2003, he was appointed Head of Retail, overseeing the consultancy and marketing of retail premises across Hong Kong, Macau, and mainland China while also serving as Managing Director for Hong Kong. He chairs JLL’s Greater China Executive Leadership Committee. He is also a member of JLL’s Asia Pacific Executive Board.

In 2009, Mr. Fung was appointed to lead the Greater China business and has spent the last decade solidifying JLL’s leadership in China. Under his leadership, the company has opened six new offices across the region, developed new online businesses, and forged stronger relations with both large corporations as well as city government authorities.

Since 2019, he chairs JLL’s Greater China Executive Leadership Committee as CEO and serves as a member of JLL’s Asia Pacific Executive Board. Since then, he has spent the last decade solidifying JLL’s leadership in China.

Mr. Fung cares deeply about social issues and is a key stakeholder in JLL’s Building a Better Tomorrow programme, the firm’s global sustainability initiative. He also has a passion for education, serving as both a member of the Advisory Committee on Hotel and Tourism Management and as a mentor of the Undergraduate Mentorship Programme at the Chinese University of Hong Kong Business School.