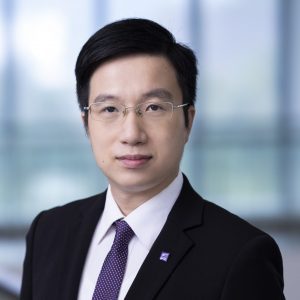 Chiu-yu Ko obtained his BBA (Insurance, Financial and Actuarial Analysis) and MPhil (Economics) from The Chinese University of Hong Kong in 2005 and 2007. He received his PhD (Economics) from Boston College in 2012. Upon graduation, he joined the Department of Economics in the National University of Singapore as an assistant professor.

During his tenure at the National University of Singapore, he taught Microeconomic Analysis III (undergraduate), Financial Market Microstructure (undergraduate), Applied Financial Economics (Master) and Industrial Organisation (Ph. D). He was the main advisor for two Ph.D. students and honor thesis advisor for more than a dozen undergraduate students.

He subscribes to the philosophy that effective learning requires an understanding of multiple facets in both depth and breadth. He also believes that giving students continuous feedback during the course is crucial as it means they learn from their mistakes, consolidate the knowledge they have acquired and gives them the motivation to explore further and deeper.