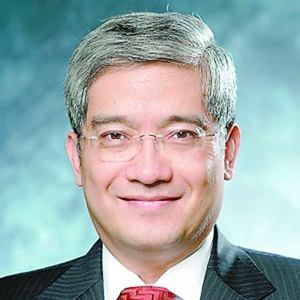 Dr. Larry H.P. Lang earned his PhD in Finance at the Wharton School, University of Pennsylvania in 1986. Dr. Lang has taught at several prestigious Business Schools including the Wharton School, Michigan State University, Ohio State University, New York University, and the University of Chicago. In 1996-2000, he served as a consultant on corporate governance to the World Bank and Asian Development Bank Institute. In collaboration with colleagues at the World Bank, Dr. Lang pioneered a corporate governance study on expropriation and protection of minority shareholders in East Asia. The study was published as the World Bank discussion paper, was catalogued in the US Library of Congress and has been widely cited by academics, practitioners and several popular media such as The Economist.

From 1994 to 1996, he was Partner of GITIC-Lehman Infrastructure Fund, Lehman Brothers. From 1998 to 2000, he worked as Consultant on Corporate Governance Projects to World Bank, Washington, D.C. After that, he was Consultant on WTO/Banking Issues to Organisation of Economic Cooperation and Development (OECD). From 1998 to 2001, Prof. Lang was a consultant of Shenzhen Stock Exchange and the Financial Services Bureau of the Hong Kong Government who researched corporate governance and protection of the interests of small shareholders.