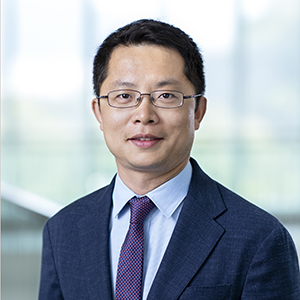 Prof. Wendong Li is an Assistant Professor at Department of Management, The Chinese University of Hong Kong (CUHK). He obtained his PhD degree from National University of Singapore. Prior to joining CUHK, he worked as an Assistant Professor at Kansas State University for three years. Prof. Li conducts research on proactivity across a number of areas, including leadership, work design, and well-being. He is intrigued by how people are willing and able to modify, but also adapt to, their environments. His work examines individual (e.g., personality traits and genetics) and environmental (e.g. work context and culture) factors that may prompt proactivity, as well as the consequences of being proactive. Recently, he is conducting research looking at the role of time and change-related issues on leadership and well-being.

His research has been published in leading management journals including Journal of Applied Psychology, Personnel Psychology, and Leadership Quarterly. His work has won the Hogan Award for Personality and Work Performance, Society for Industrial and Organisational Psychology, the International HRM Scholarly Achievement Award and Best Student Convention Paper Award from the Human Resources Division, Academy of Management, as well as the Best Paper Award in the OB Division, Asian Academy of Management. His research has also been covered in media outlets, such as the US Today, the Washington Post, and the South China Morning Post.