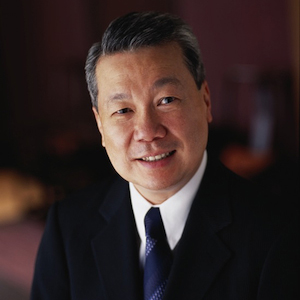 As one of the first employees of Hyatt in Asia, Mr. Tchou was instrumental in introducing Hyatt into mainland China over 35 years ago, and has played an irreplaceable role in establishing Hyatt’s stronghold in the region.

Mr. Tchou is also an advocate for education in hospitality and tourism. He currently serves as an Advisor on various hotel and tourism boards at different educational institutions and was a member of various hospitality councils and committees.

Mr. Tchou was born in Shanghai and attended the Business Administration Degree Course at the Sydney Technical College in Australia. He speaks fluent English, Cantonese, Mandarin and Shanghainese.