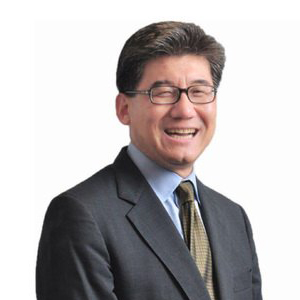 Xuan Yan is an Adjunct Professor at The Chinese University of Hong Kong (CUHK) Business School. He has been Vice President of Corporate, External and Legal Affairs for Greater China region at Microsoft Corporation since 2019, where he leads the company’s government, legal, regulatory, policy, compliance, investigations and philanthropy teams in the Greater China region.

Prior to joining Microsoft, he was President of Nielsen Greater China. Appointed to this position in May 2011, he led Nielsen’s business in mainland China, Hong Kong, Taiwan and Macau. Before joining Nielsen, Xuan Yan spent close to two decades in China in senior and executive positions with leading global companies such as AT&T, Microsoft, Oracle and Qualcomm. Trained as a U.S. lawyer, Xuan Yan has had an accomplished career in leading sales, business development, M&A, government affairs and general affairs.

Besides executive leadership experience, Xuan Yan has served on several corporate and association Boards. He is a member of Audit and Compliance Committees in the Las Vegas Sands Corporation’s Board of Directors. Xuan Yan was Vice Chairman of the Board of Governors of American Chamber of Commerce in China, and a member of the Board of Directors of USITO, an association of the leading U.S. IT companies. He also served as a Director or Vice Chairman on the Board of Directors of a number of telecom equipment and software joint ventures, and of hi-tech manufacturer Cambridge Industries. Xuan Yan is currently the Chairman of the Compensation Committee of publicly listed Alibaba Health Technology.

Born, raised and university educated in China, Xuan Yan went to the U.S. in the early ’80s as a Richard M. Nixon Scholar and received his J.D. from Duke University School of Law. He attended the Harvard Business School Advanced Management Programme in 2000.