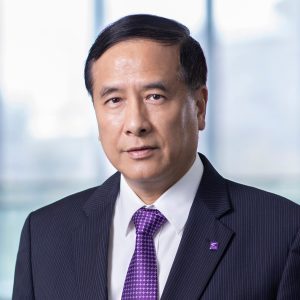 Prof. Zhou’s research interests cover some fundamental areas of micro-economic theory, including game theory, mechanism design, social choice and welfare. Much of his original work was published in leading economics journals, including Econometrica, Review of Economic Studies, Journal of Economic Theory, Games and Economic Behavior, etc. In 1993, he was awarded the prestigious Sloan Research Fellowship in economics. In 2009 he became the first Econometric Society Fellow elected from the Greater China region.

At ASU Prof. Zhou was the co-director of PhD programme in economics. After he joined SJTU, he became more involved in administrative affairs, leading the modernisation of the business education at SJTU. He was the Dean of Antai College of Economics and Management for two terms from April 2010 to July 2018. Under his leadership, Antai has transformed from a domestic player into a global player in business education. When he completed his terms as dean, SJTU was ranked by QS among the world top 50 in business and management, accounting and finance, and statistics and operations. Antai’s MBA, EMBA, Masters in Management, and Exec Ed programmes were also ranked highly by the Financial Times.

Prof. Zhou is passionate about management education and he has been active in the community of business educators. He was a member of the Board of AACSB from 2015 to 2019 and chaired its Asia-Pacific Advisory Council from 2015 to 2018. He is currently on its task force on the revision of the accreditation standards. He has also been a member of the EQUIS Accreditation Board of EFMD since 2014. He has chaired or joined the peer review teams of AACSB and EQUIS to various business schools around the world for more than a dozen of times. Owing to his experiences and knowledge, Prof. Zhou serves on the international advisory boards for several business schools in Brazil, Canada, China, Finland, France, and Portugal.

In his early years as a professor, Prof. Zhou travelled to many institutions around the world. He visited several universities in Australia, Belgium, China, Japan, Spain for one month or longer. He also spent half a year at the Hong Kong University of Science and Technology in 1995 and two years at City University of Hong Kong from 1999 to 2001.

Prof. Zhou grew up in Shanghai and obtained a bachelor’s degree in mathematics from Fudan in 1982. He went to Princeton in 1985 to study economics after placing first on a national examination jointly administered by the Chinese MOE and American Economic Association. He stayed in US after receiving his PhD degree from Princeton until 2008 when he returned to Shanghai and joined SJTU, the alma mater of his parents and his maternal grandfather.