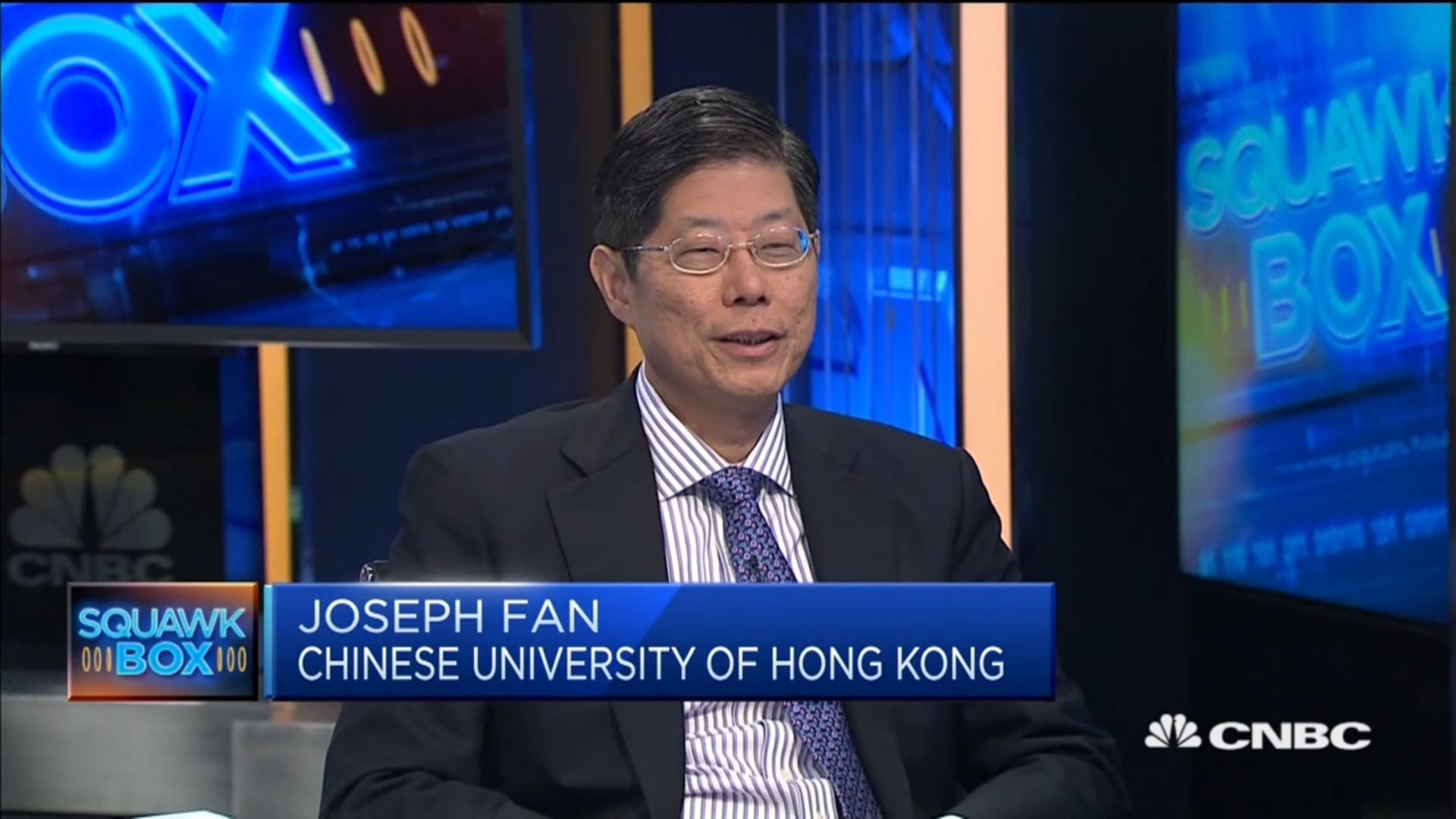 On 10 May 2018, Prof. Joseph Fan discussed with CNBC in a live interview about the business succession plan at Li Ka-shing’s empire.

Billionaire Li Ka-shing — one of the world’s richest men — has retired on 10 May 2018 ahead of his 90th birthday later this year, capping a career as one of Asia’s most storied businessmen and handing the reins of his corporate empire to his son.

Known as Asia’s “superman,” Li formally stepped down as chairman at the annual shareholders’ meeting of CK Hutchison, his conglomerate with interests in real estate, telecommunications, shipping and retail. He was due to leave a similar position at property arm CK Asset Holdings later in the day at its meeting.

Li’s conglomerate has more than 300,000 employees in some 50 countries around the world and is a dominant force in Hong Kong, where family-run businesses have led the city’s economy for decades.

The move had been flagged as long ago as 2012 and the date was formally announced in March. It comes as a number of Asia’s family-run businesses face leadership transitions.

“It’s been a long succession process,” Joseph Fan, Professor of School of Accountancy and Department of Finance and Co-director of Centre for Economics and Finance at The Chinese University of Hong Kong Business School, shared his view in CNBC’s “Squawk Box” programme on 10 May 2018, adding that it has actually been more than 30 years in the making.

Li plans to stay on as a senior advisor, but his elder son, Victor Li, 53, will take over. And though the move has been widely telegraphed, analysts were still speculating on how the transition will play out given the size of the businesses.

Analysts were also paying attention to what kind of management personnel the younger Li will favor, with Prof. Fan saying the next five years will be important as he “gradually introduces a younger generation of professional managers.”

Prof. Fan called the transition “critically important”, stressing that the continued presence of an older generation of managers was also crucial.

“That will help ensure the smooth transition from the previous to the next generation of professional management that is very, very important to the success of Victor Li,” he said… Read More (PDF)

Please click here to view an abridged version of the TV interview on CNBC.com.

For the TV interview’s full version, please click the image below.