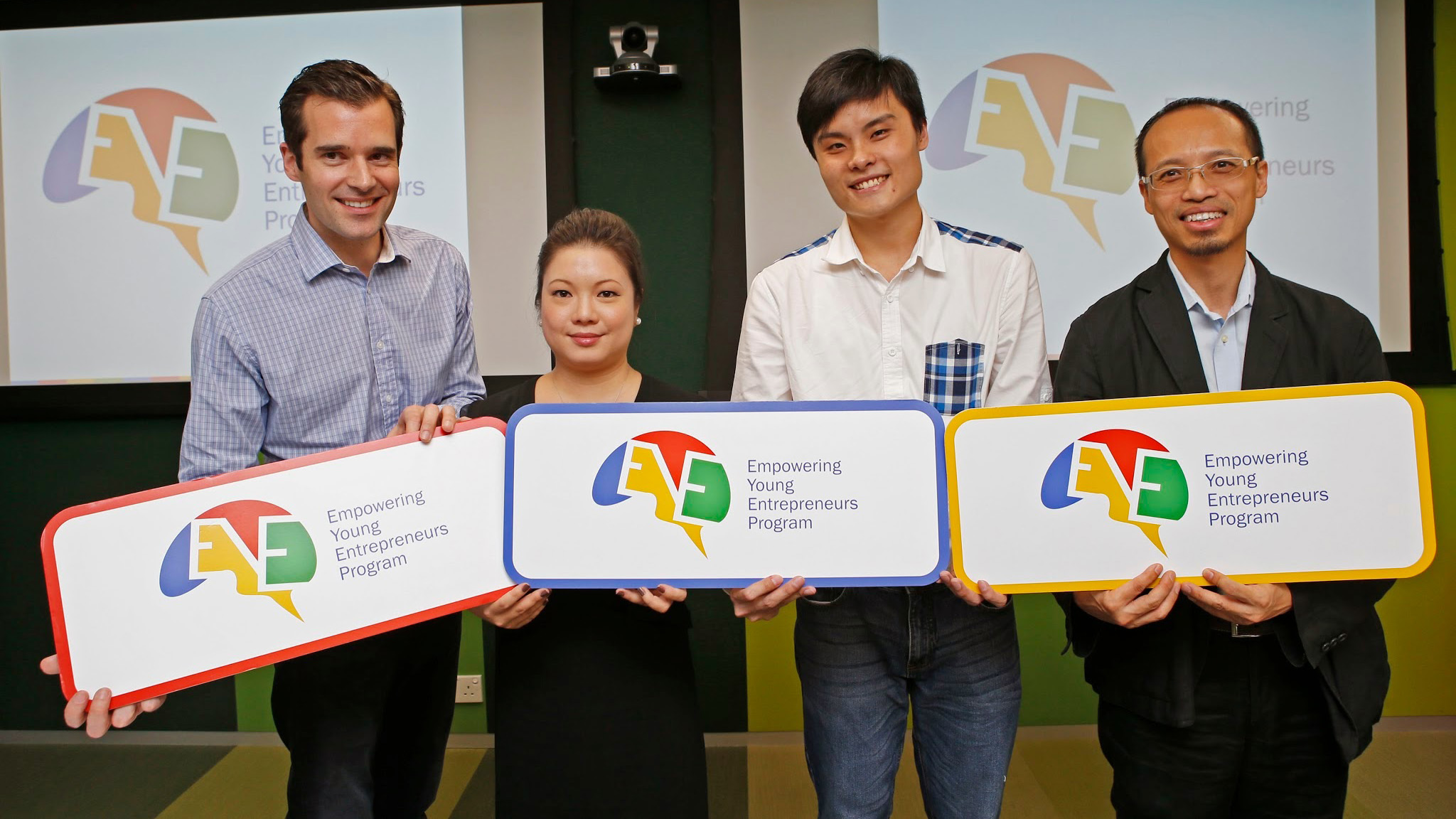 Hong Kong’s startup ecosystem has grown rapidly in the past few years, but its overall entrepreneurial spirit remains low, according to an interim report of a joint study by The Chinese University of Hong Kong (CUHK) Business School’s Centre for Entrepreneurship (CfE)and Google, released on 2 September 2014.

According to the report, titled “The Empowering Young Entrepreneurs (EYE) Programme Entrepreneurship Ecosystem of Hong Kong Interim Report,” Hong Kong’s startup ecosystem has almost tripled in the past five years, with significant growth in the number of physical hubs, startup accelerators and incubators, funding providers as well as increase in university support. Paradoxically, in contrast with the city’s business-friendly policies and growing startup ecosystem, Hong Kong has yet to see a spike in the overall entrepreneurial spirit. The report cites pressure from dominating social values and difficulties in securing seed capital from local financial services as the main obstacles for local start-up entrepreneurs.

Years of economic prosperity has resulted in a high risk-averse society, leading the younger generations to opt for safer career options that are encouraged by parents. The study notes that pressure from family and friends has contributed significantly to the delay of entrepreneurs’ plans after they have enrolled in startup-related programmes.

In tandem with the social pressure they experience, aspiring entrepreneurs also have few options for early-stage capital. As many as 88 percent of the entrepreneurs surveyed cited self-funding as their major source of seed capital. Banks play the least significant role among all funding sources, at 6 percent, followed by venture capitalists, at 8 percent. There is an abundance of financial resources based in Hong Kong, with 260 established venture capital firms in 2013 investing in startups and 25 percent of startup support ecosystem being populated by funding providers in 2014. However, there is limited domestic investment from these groups: Only an estimated 1.8 percent of the total local venture capital investment and 21 percent of Hong Kong angel investor funding actually went to local startups during the period 2009-2013. Professional investors are not contributing to local startups because of various reasons, such as the city’s small market size, the lack of strong business ideas and legal issues that may prevent investment opportunities. Consequently, 64 percent of the experts interviewed during the study stated the most important limitation for Hong Kong entrepreneurs is inadequate accessibility to financial resources.

The EYE Programme Entrepreneurship Ecosystem of Hong Kong is a comprehensive study from over 400 sources, including survey responses from 612 young entrepreneurs, interviews with a panel of 12 local experts, analysis from international databases and reports, and social networks assessing the viability of the local entrepreneurship ecosystem. The goal is to identify the growth and challenges in Hong Kong’s startup ecosystem, and to generate enthusiasm and support for aspiring entrepreneurs.

The final report, to be available in November 2014, will include a detailed analysis of trends, challenges and opportunities, as well as recommendations on how Hong Kong can strengthen its entrepreneurship ecosystem.

For more information, please refer to:

Priming Students for an Evolving World