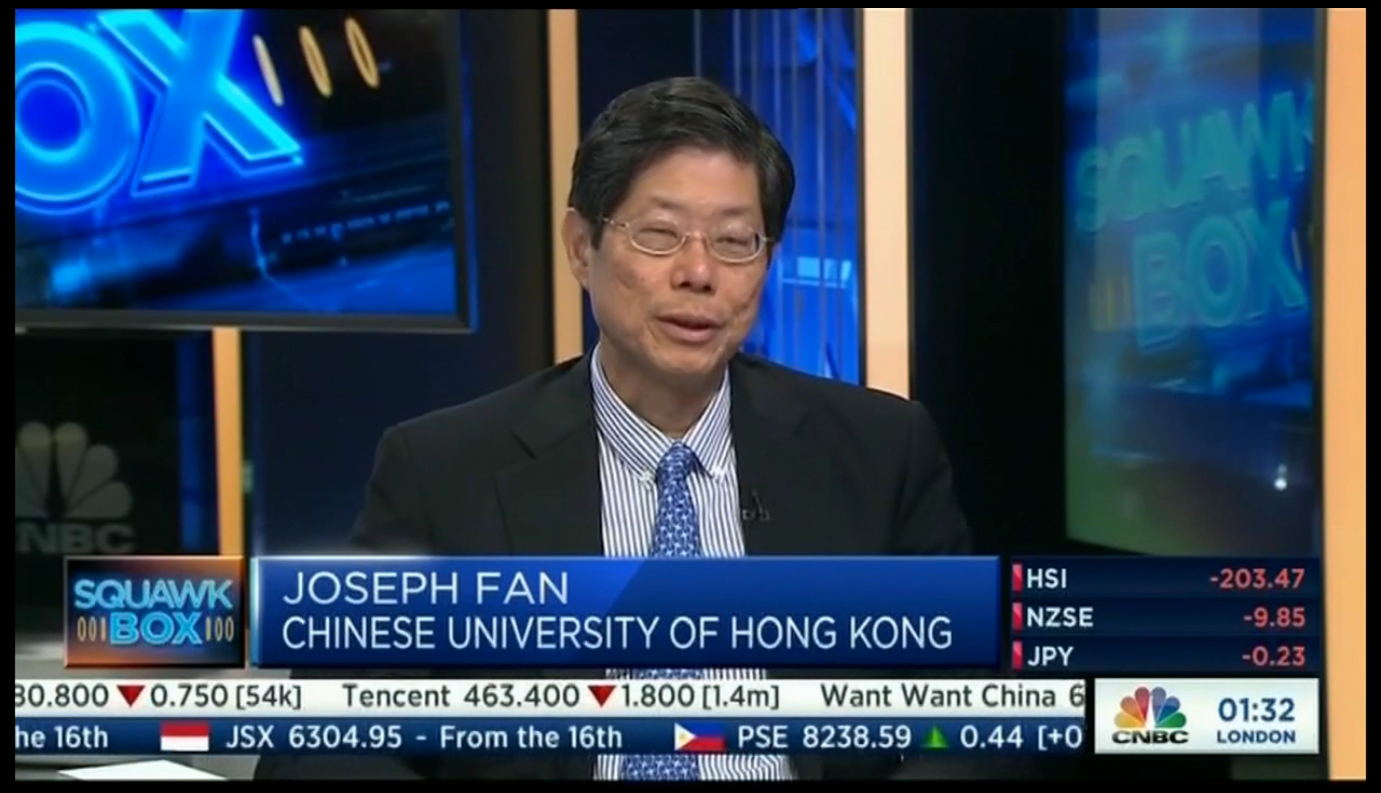 On 16 March 2018, coinciding with his company’s release of the full-year results, Hong Kong legendary tycoon Li Ka-shing announced that he would retire as Chairman of CK Hutchison Holdings Ltd.

Joseph Fan, Professor of School of Accountancy and Department of Finance and Co-director of Centre for Economics and Finance at The Chinese University of Hong Kong Business School was invited by CNBC for a live interview on its business news programme Squawk Box on 18 March 2018 for his view on Li’s retirement and the impact on his companies.

“The announcement of Li’s retirement is almost symbolic in my view,” said Prof. Fan. “Based on my research and observation, I think the Li family has planned for its succession for many decades. If you go back to the earlier days, Li sent his children overseas to receive education and training. And the recent transfer of leadership is almost the last step of his succession plan.”

“The announcement symbolises Li’s confidence in his business continuity. This is important because for most Asian tycoons, their company performances would have already declined a few years before their retirement.”

“Based on my research, [a company’s performance] can go down as far as 60 percent on average in terms of value dissipation from 5 years before to a year of their retirement,” Prof. Fan commented.

From selling plastic flowers to owning a global empire that spans ports, retail, telecoms, energy and infrastructure, Li has spent close to 70 years to build his global empire, but now he’s handing down to his older son Victor Li. The market doubts if Victor is up to it.

“This is a question and there is confusion about Victor’s ability as he has been well protected and surrounded by professional managers,” said Prof. Fan. “So it’s to be observed. We will see in the next few years how the business grows without the influence of Li Ka-shing, but it’s still very difficult because Li will remain as a consultant of the entire group. His reputation still stands. So the true test is when Li is completely off hand and totally retires.”

In response to the longer term impact on the share price [of Li’s companies], Prof. Fan stated “I think in the next few years it’s gonna to be a period of uncertainty. The market will closely observe the entire group’s performance under the leadership of Victor Li, but it still has some confidence because Li Ka-shing’s reputation still exists as I said.”

“And so in the short term like one to three years, it’s gonna be OK but if you stretch longer, e.g. three to ten years, the usual pattern is [the overall business will decline] based on the prior experience in emerging markets in Asia including Hong Kong.”

Commenting on whether the Hong Kong government should introduce policies and political changes to encourage a new generation of entrepreneurs in the city, Prof. Fan indicated that “Hong Kong has been suffering from high property prices and it is very costly and difficult to start a business in Hong Kong.”

“The Hong Kong government has been sluggish in providing policies to instill entrepreneurship in the younger generation. If the younger generation continues to get frustrated, they will seek opportunities overseas. So it has become more and more urgent to think about who is going to fill the gap after the first-generation tycoons retire,” Prof. Fan concluded… Read More 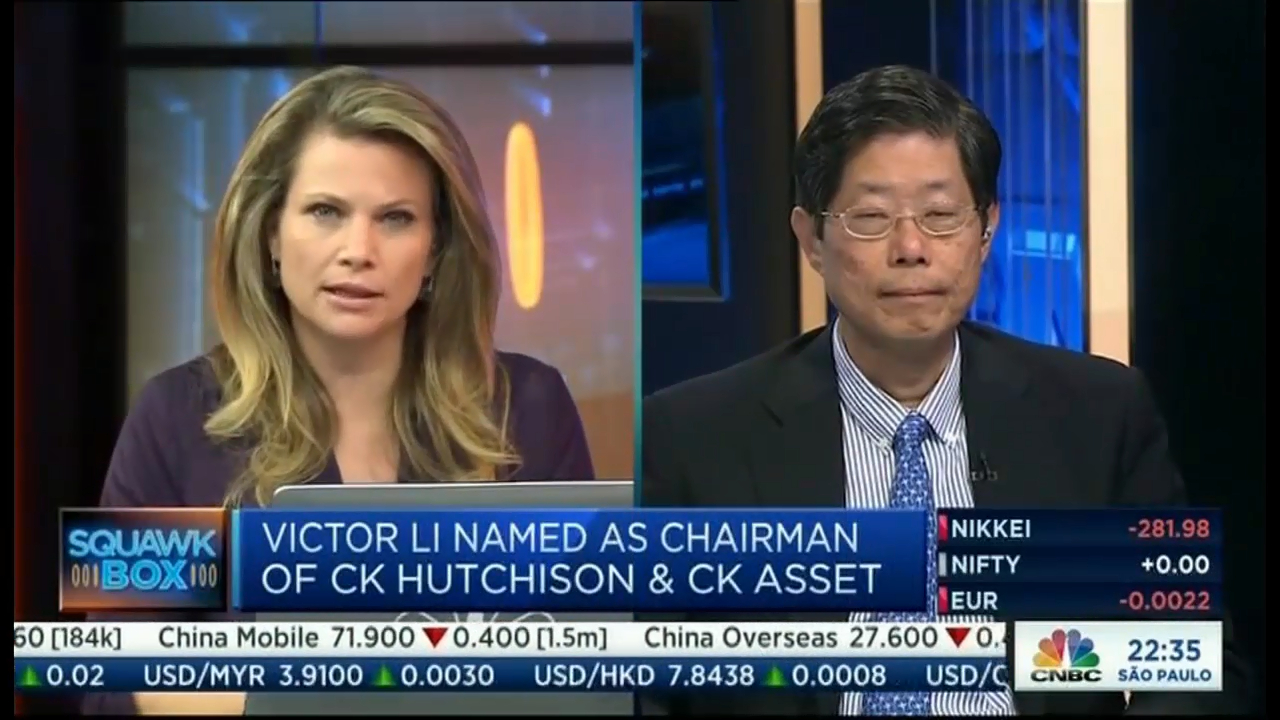 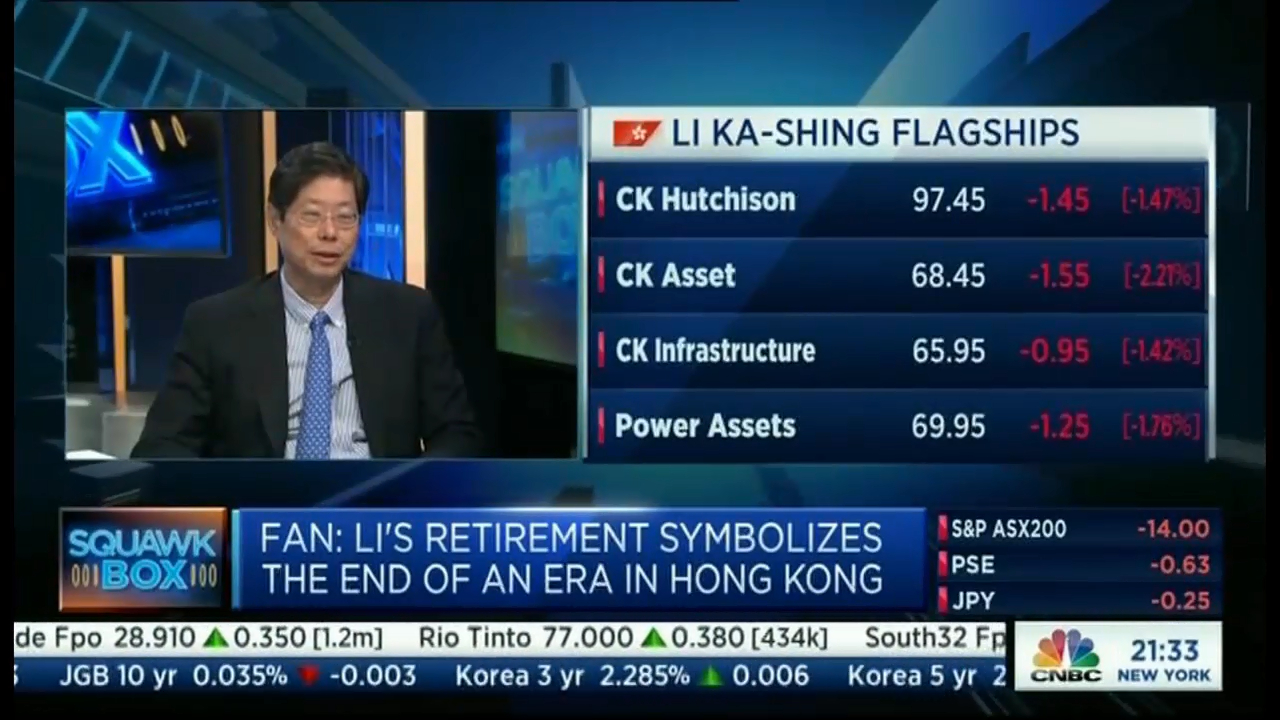