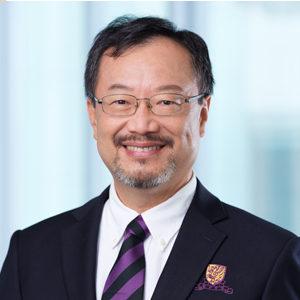 Prof. Timon Du is a Professor of Decision Sciences and Managerial Economics at The Chinese University of Hong Kong (CUHK) Business School. He was born and raised in Taiwan. He received his MSE and PhD degrees in Industrial Engineering from Arizona State University (US) in 1992 and 1995, respectively. He was the Director of MSc in e-Commerce, Director of MSc in e-Business Management, Director of EMBA (Asia Pacific), Co-director of EMBA (Xian), and Director of EMBA (Chinese), offered by the same faculty. He teaches courses such as strategic information system and e-commerce offered to MBA and EMBA students and database management to undergraduate students. He was the President of International Consortium for Electronic Business involving members from more than 20 countries. His research interests are business intelligence, privacy and security, e-commerce, information sharing, subject well-being, and IT education. He has published many papers in leading international journals, such as IEEE Transactions on Knowledge and Data Engineering, Decision Support Systems, Information & Management, Communications of the ACM, IIE Transactions, International Journal of Production Research, and others. He also has many books published, including Management Education in Greater China (The Chinese University Press), Advances in Electronic Business (IGI Global), and Becoming a Hybrid Company: Competition Strategies in A Digital Age (CreateSpace Independent Publishing Platform). Currently, he is the Executive Editor for the International Journal of Electronic Business.