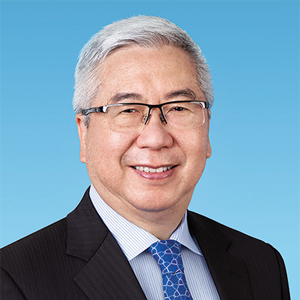 Dr. Eric Li is the  Chairman of ShineWing (HK) CPA Limited. He started to practice as a Certified Public Accountant in Hong Kong since 1980 and was appointed to the Legislative Council in 1991, elected President of the Hong Kong Society of Accountants (the former name of the Hong Kong Institute of Certified Public Accountants – HKICPA) in 1994. Since then, he has represented the accounting profession both locally and internationally in various senior capacities including as its Legislative Council representative from 1995.

During the same period of 1995 to 2004, Dr. Li served the Legislative Council as the elected Chairman of the Public Accounts Committee.

From 2004 to 2006, Dr. Li was appointed a Board Member of the International Federation of Accountants representing Hong Kong.

He was appointed one of first Convener of the Review Panel of the then newly set up Financial Reporting Council (FRC) from 2007 to 2013.  On completion of the six years term under government rules, he was invited to serve as Honorary Advisor of the FRC till the end of 2018.

In China was appointed a member in the first batch of Honorary Advisors to The Expert Advisory Panel of the Ministry of Finance, PRC from 2008 to 2010.

Dr. Li currently served as Independent Non-executive Director on the Boards of a number index listed companies as well as major non-government organisations such as The Hong Kong Jockey Club.

Dr. Li was appointed an Adjunct Professor and Chairman of the Advisory Committee to the School of Accountancy, The Chinese University of Hong Kong since 2004.