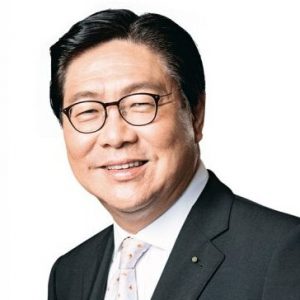 Prof. Frederick Ma was born and educated in Hong Kong. He graduated with a Bachelor of Arts (Honours) degree from the University of Hong Kong in 1973 majoring in economics and history. Since graduation, he had taken up different major positions of various local and overseas banks, financial institutions and major companies, including Chase Manhattan Bank, Royal Bank of Canada Dominion Securities, JP Morgan Chase, Kumagai Gumi (HK) Limited and Pacific Century Cyberworks Limited. He has rich experience in banking and financial sector. In 2002, he joined the Hong Kong Government as the Secretary for Financial Services and the Treasury and assumed the post of Secretary for Commerce and Economic Development in 2007. He resigned from the Government in July 2008 due to medical reasons. In October 2008, he was appointed as an Honorary Professor of the School of Economics and Finance at the University of Hong Kong. Prof. Ma was appointed as a Member of the International Advisory Council of China Investment Corporation in July, 2009. In July 2012, he was appointed as a Professor of Finance Practice of Institute of Advanced Executive Education at the Hong Kong Polytechnic University. In January 2013, He was appointed as a member of Global Advisory Council of the Bank of America. In August 2013, he was appointed as an Honorary Professor of The Chinese University of Hong Kong (CUHK) Business School. Currently, he is an Independent Non-Executive Director of Agricultural Bank of China; Aluminum Corporation of China Limited; FWD Group; Hutchison Port Holdings Management Pte. Limited and MTR Corporation Limited. He is also a Director of Husky Energy Inc., and a Non-Executive Director of COFCO Corporation and China Mobile Communications Corporation.