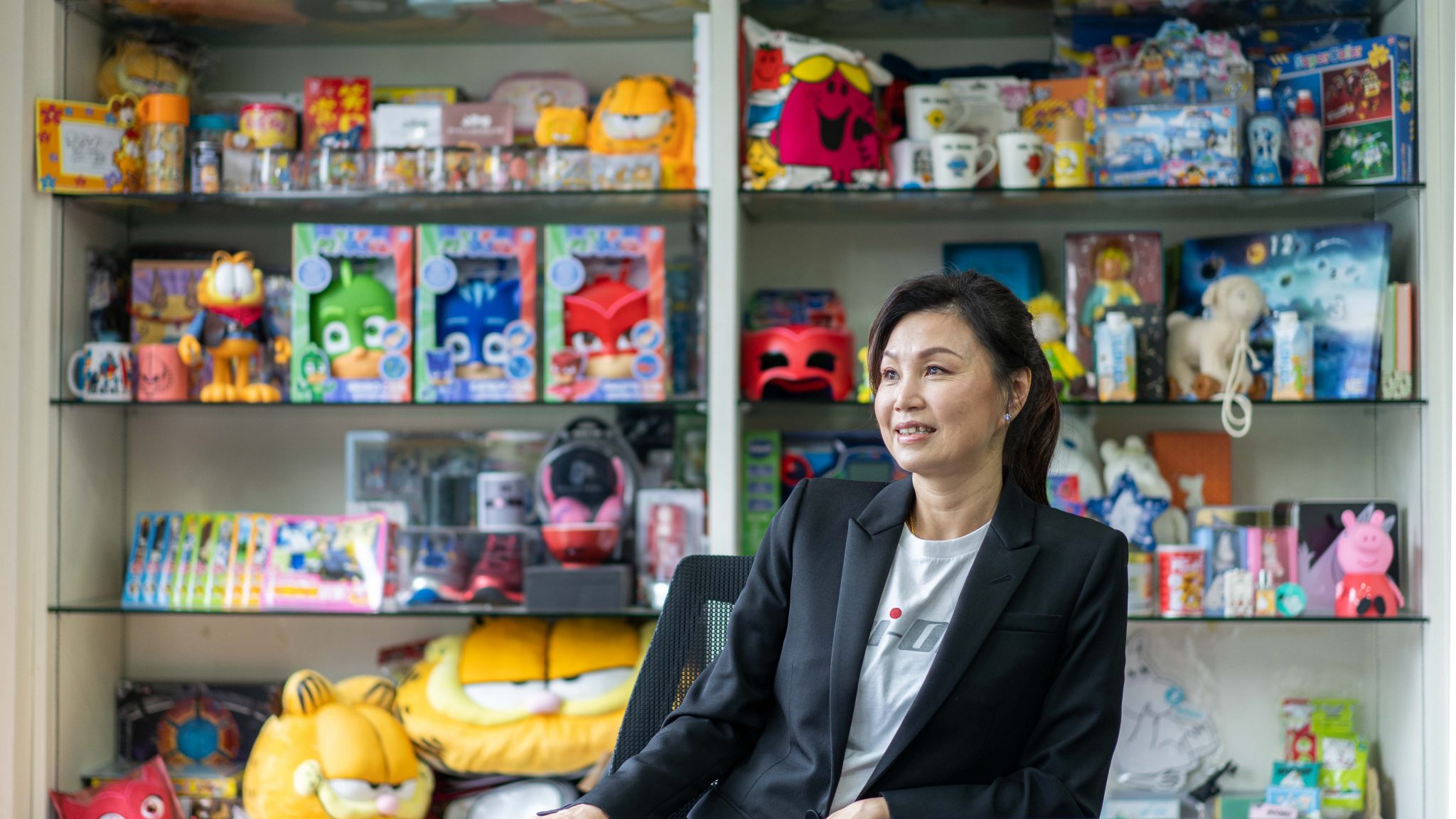 No pain. No gain.

Lovinia Chiu (EMBA 2013), affectionately known as LuLu, is the Chairman and CEO of Medialink Group Limited with more than 30 years of experience in content distribution and brand licensing. She entered the industry after graduating from university and founded her own company six years later. She introduced popular TV classics such as Dae Jang Geum, Meteor Garden, and Fullmetal Alchemist to Hong Kong. After completing the CUHK EMBA programme in 2013, she set her eyes on an IPO for Medialink. The goal was finally achieved when the company successfully went public this year. 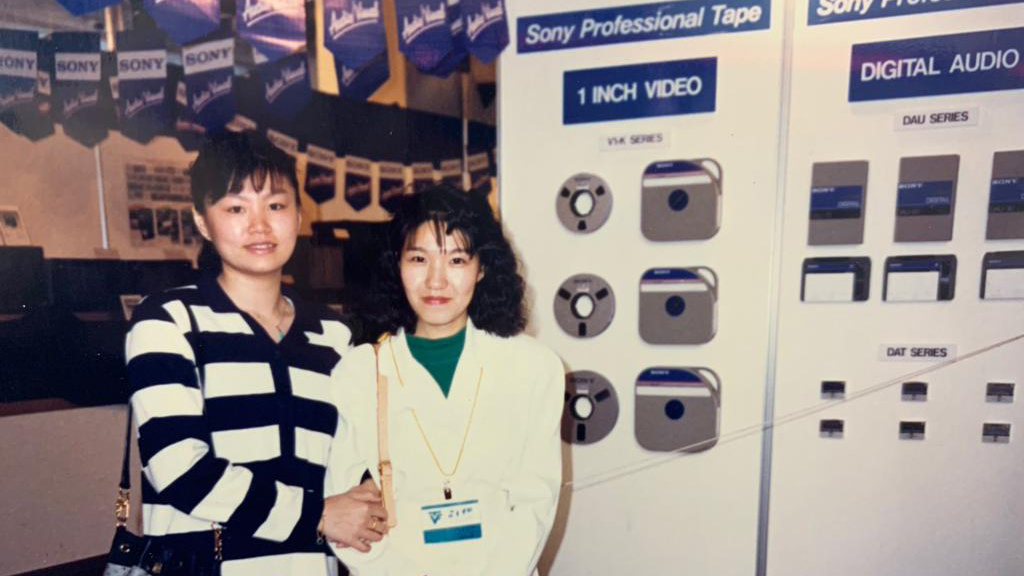 A Natural-born Saleswoman with a Good Eye for Business

LuLu comes from a humble background. She could not remember ever going to a restaurant with her father growing up because he was always working to make money to send his children to private schools for better education. Unfortunately, her father died in a car accident when she was still in secondary school, forcing her to get a part-time job to pay for her tuition.

After graduation from university, LuLu joined a media content distributor as a sales executive. Her skeptical coworkers wondered if this fresh-faced new graduate could even last three months. She proved them wrong by staying for five years, during which she was promoted to Director of Sales and Acquisition. LuLu has an outgoing personality and a strong passion for her work, as if she was born to work in sales. “I like meeting people, and I love bringing joy to people through high quality programmes even more!’

LuLu did not actually watch a lot of TV when she was a student, but she had a good eye in spotting hit shows. She was applauded for discovering many quality shows when she first attended a television festival in US. She selected a number of American and Canadian TV series and variety shows and distributed them to the Philippines and Thailand. Programmes such as Cirque du Soleil and The Three Tenors in Concert were instant hits in those markets. 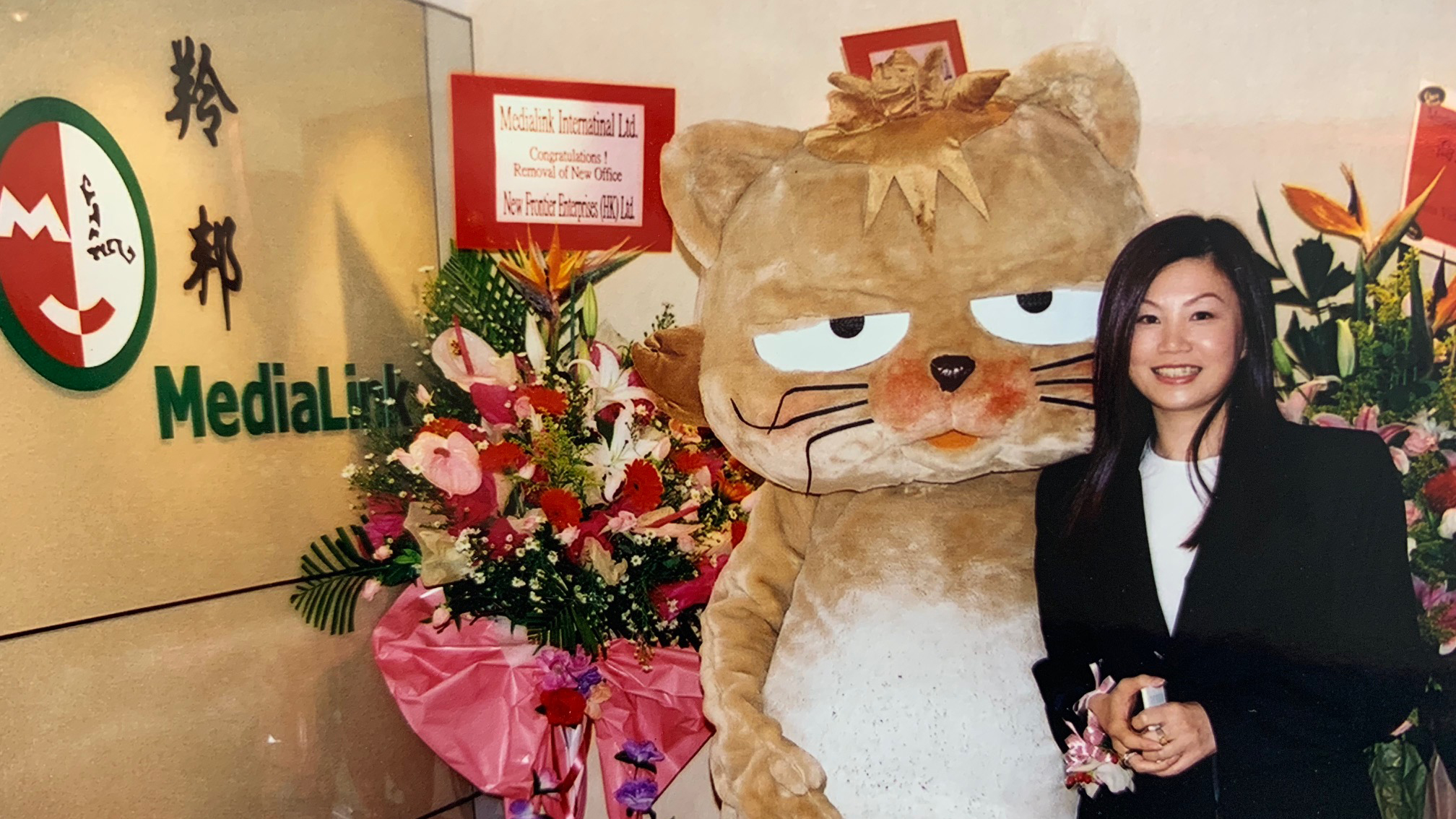 LuLu founded her own company Medialink in 1994

Hard Work is Key for Entrepreneurs

LuLu was later recruited by Star TV as Sales Manager, but the company was soon acquired by a multinational corporation, and she was reassigned to complete a due diligence survey, which she found dull and unbearable. It prompted her to start her own business with just over HK$100,000 in the bank. In 1994, she co-founded Medialink with her younger sister. The Chinese name of Medialink（羚邦集團）means “an antelope galloping to the other side of the world.” The idea really came true, and her job has taken her all over the world – she has been to Cannes at least 70 times for MIPCOM.

To avoid competing with her former employer, LuLu stayed away from the American and Canadian markets but turned to Japanese anime, Korean dramas and Taiwanese dramas for upstream sourcing. For downstream distribution, she turned the focus on the familiar Southeast Asian markets and actively explored the mainland Chinese market. One can only imagine how challenging it was for a twenty-something-year-old woman to start a business with such limited capital. “The first year was the hardest. Not one Japanese production company trusted us, but we kept knocking on their doors. It wasn’t until the fifth year when a company finally sold us our first anime.” 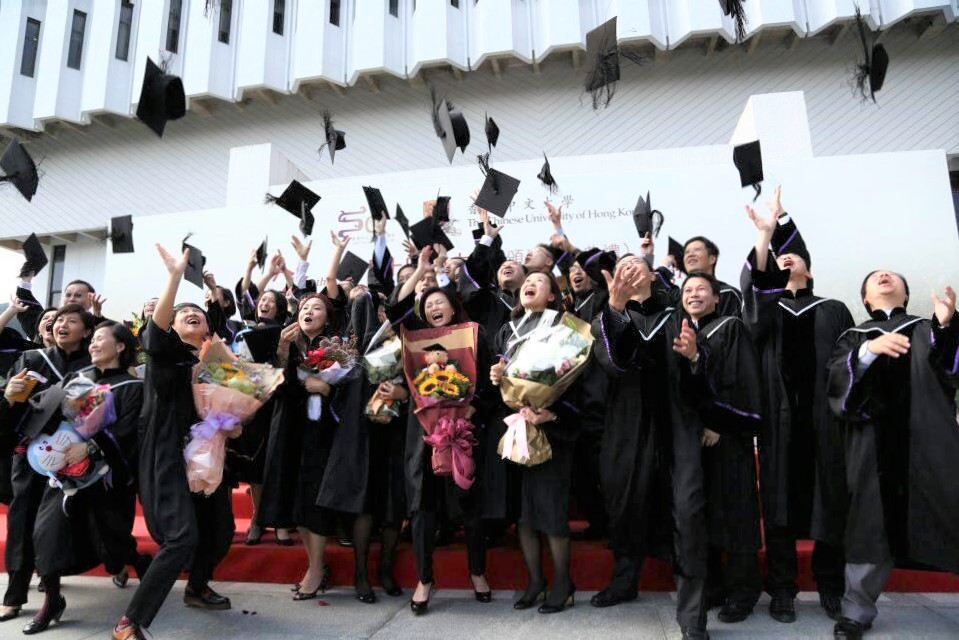 LuLu graduated with an EMBA in 2013. Here she rejoices with her classmates at the graduation (front row, middle)

LuLu says a distributor cannot only focus on maximising its margin. It must create value for both the company and business partners. This includes providing a practical and transparent market information and applying knowledge and experience to identifying the right product for each market, creating a triple-win situation. “In 2003, we managed to convince a Filipino TV station which had never bought any Asian dramas to give the Taiwanese drama Meteor Garden a go. It pulled in a record-breaking 42 rating points and the ad revenue soared for the station. Within the next three months, we sold 60 Taiwanese dramas to the Philippines. Everyone involved in the upstream, midstream and downstream processes were happy.”

Enrolling in the EMBA and Fulfilling an IPO Dream

LuLu is grateful for a life coach who once told her that when a company gets bigger, the owner can no longer play the role of just a salesperson. She decided to continue her education and applied for the CUHK EMBA programme in 2011. She says the experience has benefited her tremendously. “For one, sales theories such as ‘Left-Right Circles’ and ‘Awareness, Understanding, Happiness, Action, and Habit’ are still useful to this day. For another, I’m very grateful to be part of the CUHK alumni network. I even played cupid to link up a male and female classmate and became best friends with both. Thirdly, I gained a deeper understanding of IPO from our investment class, which helped me formulate my goal of getting my company go public.” 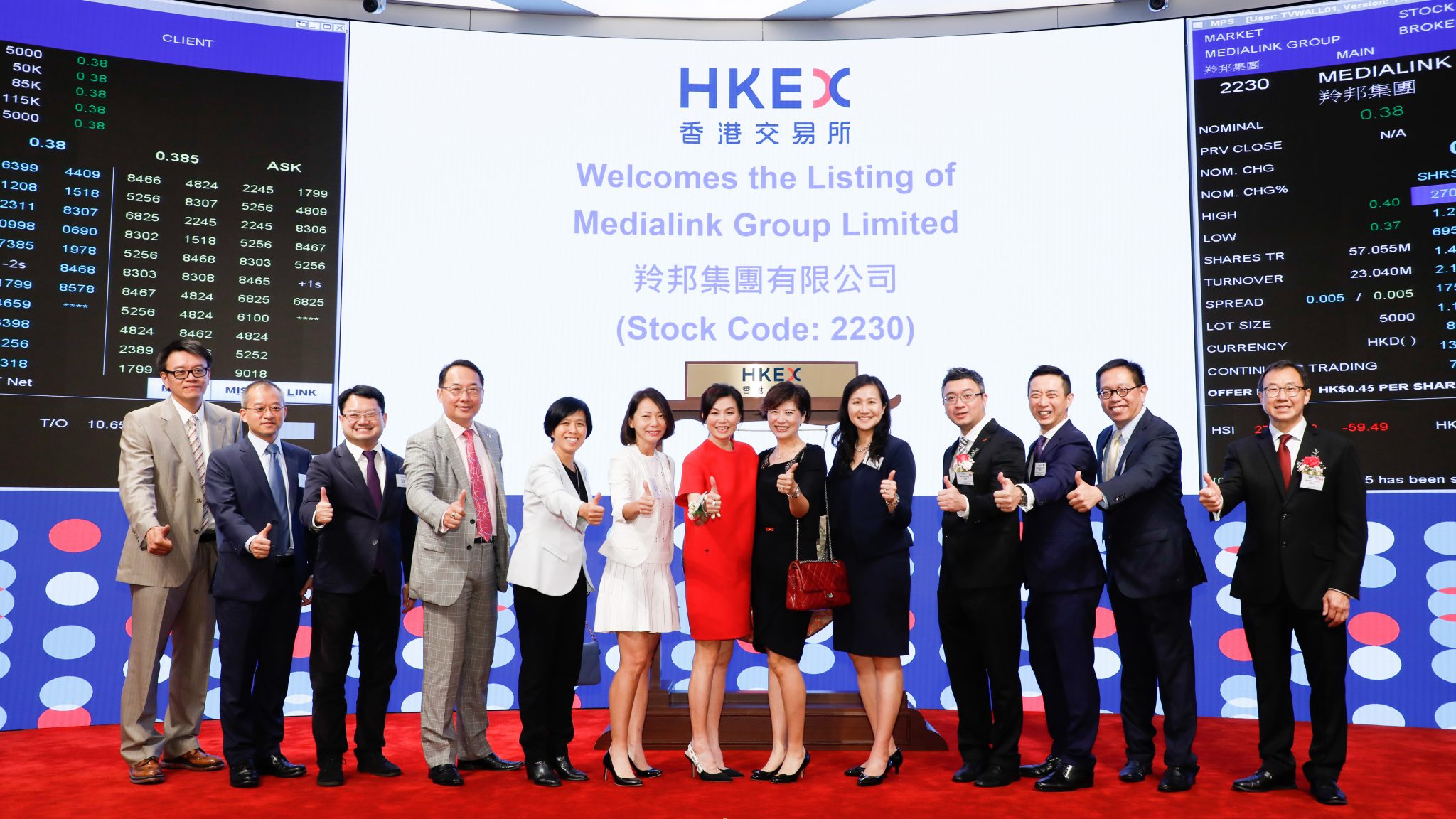 When Medialink went public in May, LuLu’s EMBA classmates cheered for her at the HKEx

After a few years of preparation, Medialink was finally listed on the main board of HKEx in May this year. The path was bumpy and stressful for LuLu, causing her many sleepless nights and weight loss. However, the hardships did not waver her determination and beliefs in doing the right thing by the book.

Be Strong and Resilient Like a Red Cotton Tree

LuLu and Medialink have celebrated countless accomplishments along the way: Being the biggest Japanese anime distributor in China by revenue in 2017; for the first time ever co-investing and being on the production committee of Japanese anime Seisen Cerberus; successfully entering the in-flight entertainment content business; and partnering with TVB to introduce Medialink’s very own Ani-One streaming service on myTV Super.

Although the company is now public, LuLu thinks Medialink is still at its infancy stage in the capital market with a long way to go. Looking ahead, besides growing stronger along with her business partners, she wants more young people to enter the IP commercialisation business so that they can help grow local brands and export mainland products overseas. 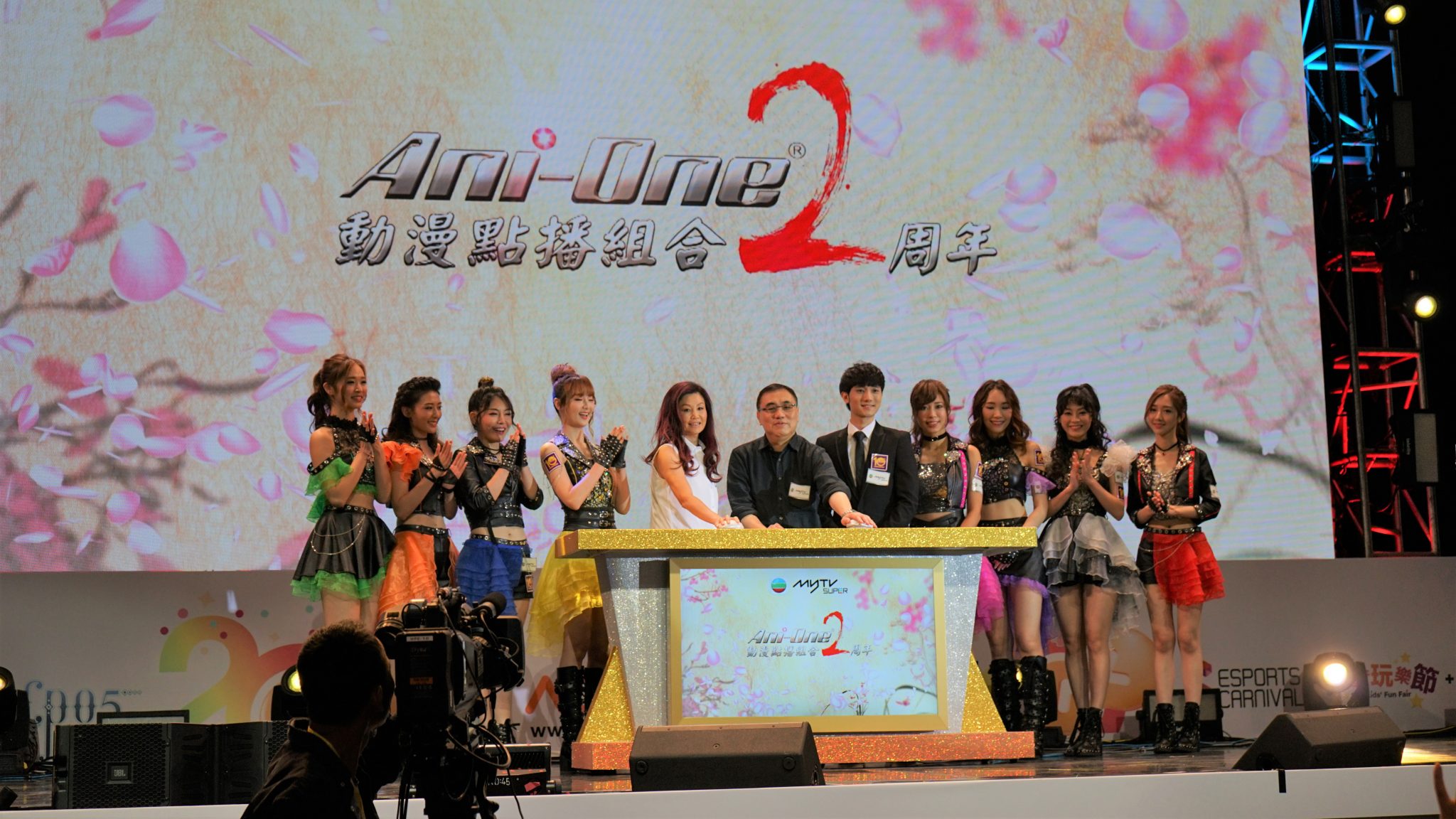 LuLu (5th from left) attends the second anniversary celebration of Ani-One, Medialink’s own product, at ACGHK 2018

LuLu recalls her childhood home being surrounded by red cotton trees. She has always liked them for their upright and upward quality. It reminds one of the lyrics of a Roman Tam’s classic. “Hero of a tree. Keep going upward. A righteousness unique to red cotton trees…”

Change Up to Soar to New Heights