Stay True to Your Calling – Look Forward with Biopharmaceuticals 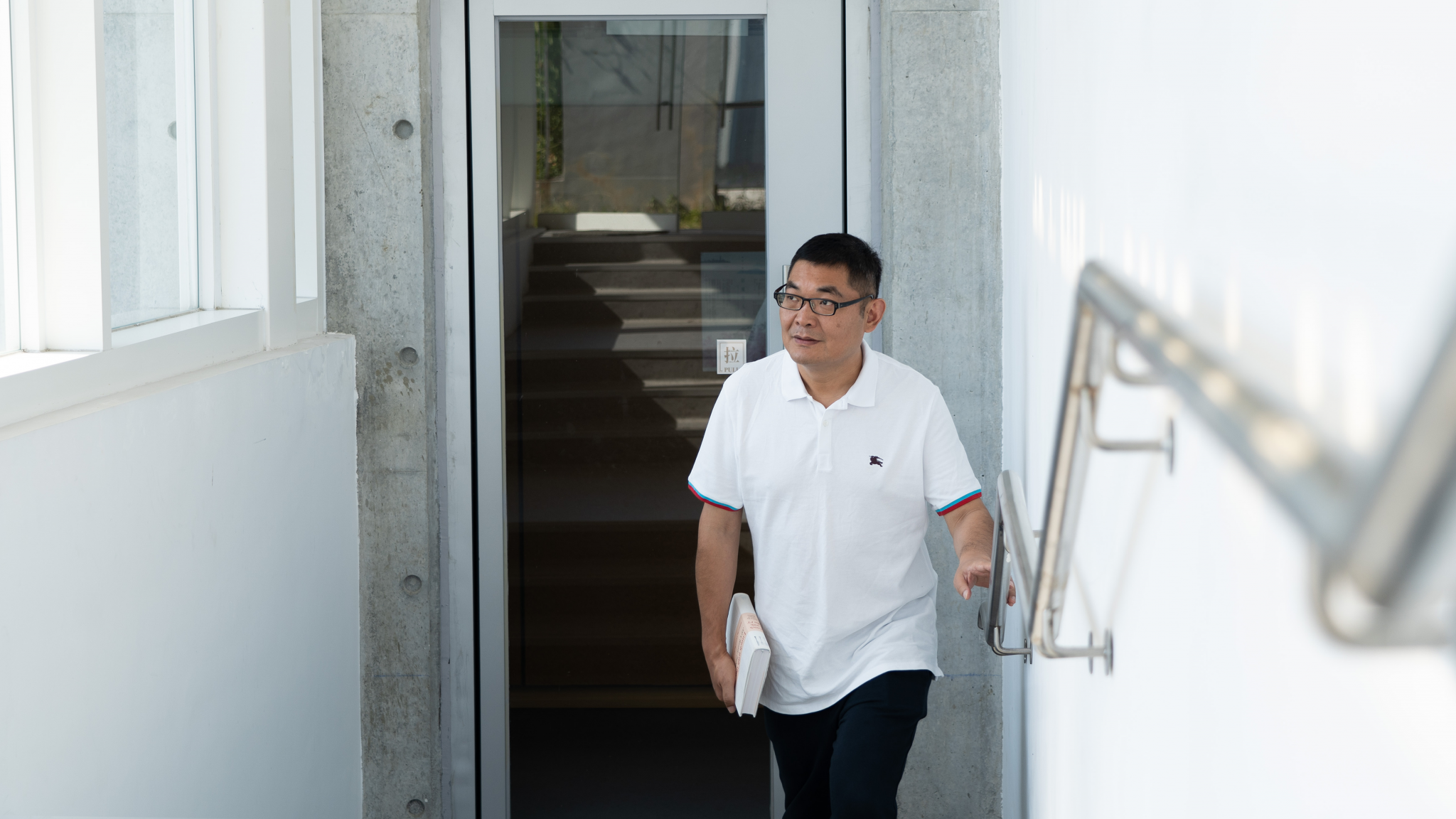 Ah Chan, a recent Executive MBA (Chinese) programme graduate of The Chinese University of Hong Kong (CUHK) Business School, was the first business student to successfully execute an initial public offering (IPO) for a company during his time at CUHK. Wuhan Hiteck Biological Pharma Company Limited（武漢海特生物製藥股份有限公司）, founded by Chan, had a registered capital of RMB 60 million yuan when it went public on the Shenzhen Stock Exchange in 2017. It is currently valued at RMB 3 billion yuan.

Chan considers himself lucky and takes pride in working in the health sector. With strong observation skills, solid execution and a sharp mind, he has helped his company develop a signature product called “Mouse Nerve Growth Factor for Injection（金路捷）”, which is based on a Nobel Prize in Physiology or Medicine-winning nerve growth factor. While the Initial Public Offering (IPO) plays a role in accelerating the growth of his company, he believes that the continuous development of better health products is far more crucial. Even with the success in his company’s IPO, his aspiration to improve human health through innovation has not wavered. 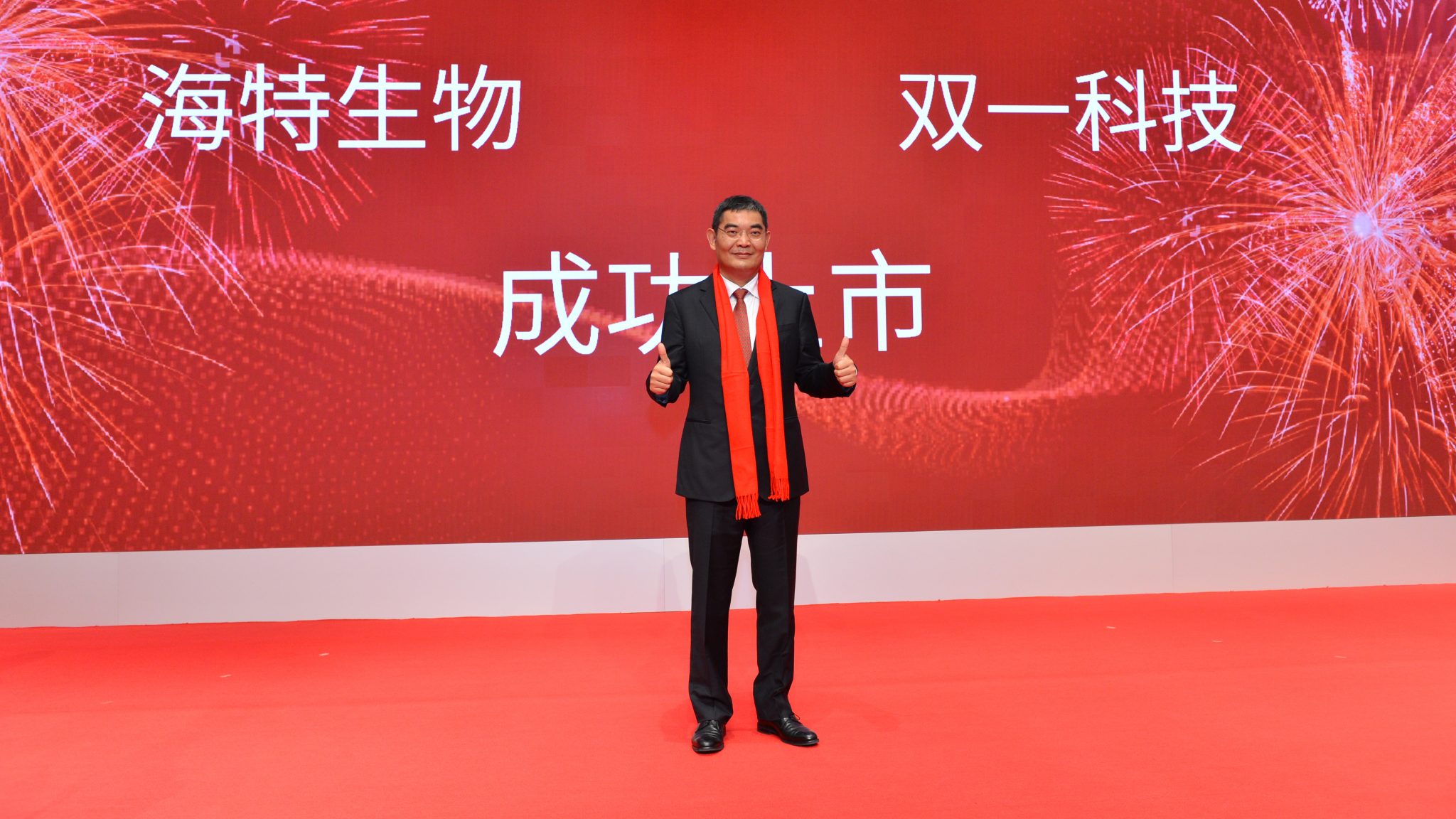 The Long March to School

Chan is a Hubei native who majored in fine chemical engineering as an undergraduate and studied corporate and business management part-time at Tsinghua University and Wuhan University. He enrolled in the CUHK EMBA (Chinese) programme in 2016 and embarked on a monthly journey from Wuhan to Hong Kong, which are some 900 km apart. Each one-way train ride took almost a full day. Thankfully, the Hong Kong section of the Guangzhou-Shenzhen-Hong Kong Express Rail Link that opened in 2018 has shortened his ride to 4.5 hour each way.

Despite the long journeys, it did not stop Chan from choosing to study in Hong Kong because he valued the international academic atmosphere, the history as well as the cultural heritage of CUHK. For instance, New Asia College founder Ch’ien Mu（錢穆）had strong ties with mainland education, and the now defunct Yenching University（燕京大學）was the predecessor of Chung Chi College. He found these connections relatable. Besides gaining professional knowledge, he looked forward to opening his mind and broadening his horizons with the experience.

Chan appreciated the lively classroom culture and ideal learning environment of CUHK and considered those two years well spent. In addition to the friendship with his classmates, he also benefited from business theories and knowledge such as financial planning and business negotiation skills. The content was useful in helping him organise his years of business wisdom in a systematic manner.

As long as I keep pressing on, any hardship eventually comes to an end. —— Ah Chan

Innovation for Creating a Brighter Future

Chan started out his career in chemical engineering, and later caught eye of the growing momentum of the biopharmaceutical industry. In 2000, he seized the opportunity to establish Wuhan Hiteck Biological Pharma Company Ltd. with several other shareholders and become its President and General Manager.

Chan believes that the future depends on innovation, which is also the guiding principle for his business. His company puts a huge emphasis on R&D and strives to become a world-class pharmaceutical company for nervous system disease treatments. After almost two decades, Hiteck has evolved into an innovative business with an annual turnover of RMB 770 million yuan. It possesses a GMP-accredited factory plant with a total floor area of more than 10,000 square meters and offers more than 20 bestselling products. Its signature product “Mouse Nerve Growth Factor for Injection” is the first government-approved medication for neuronal damage-related disease in the global market. 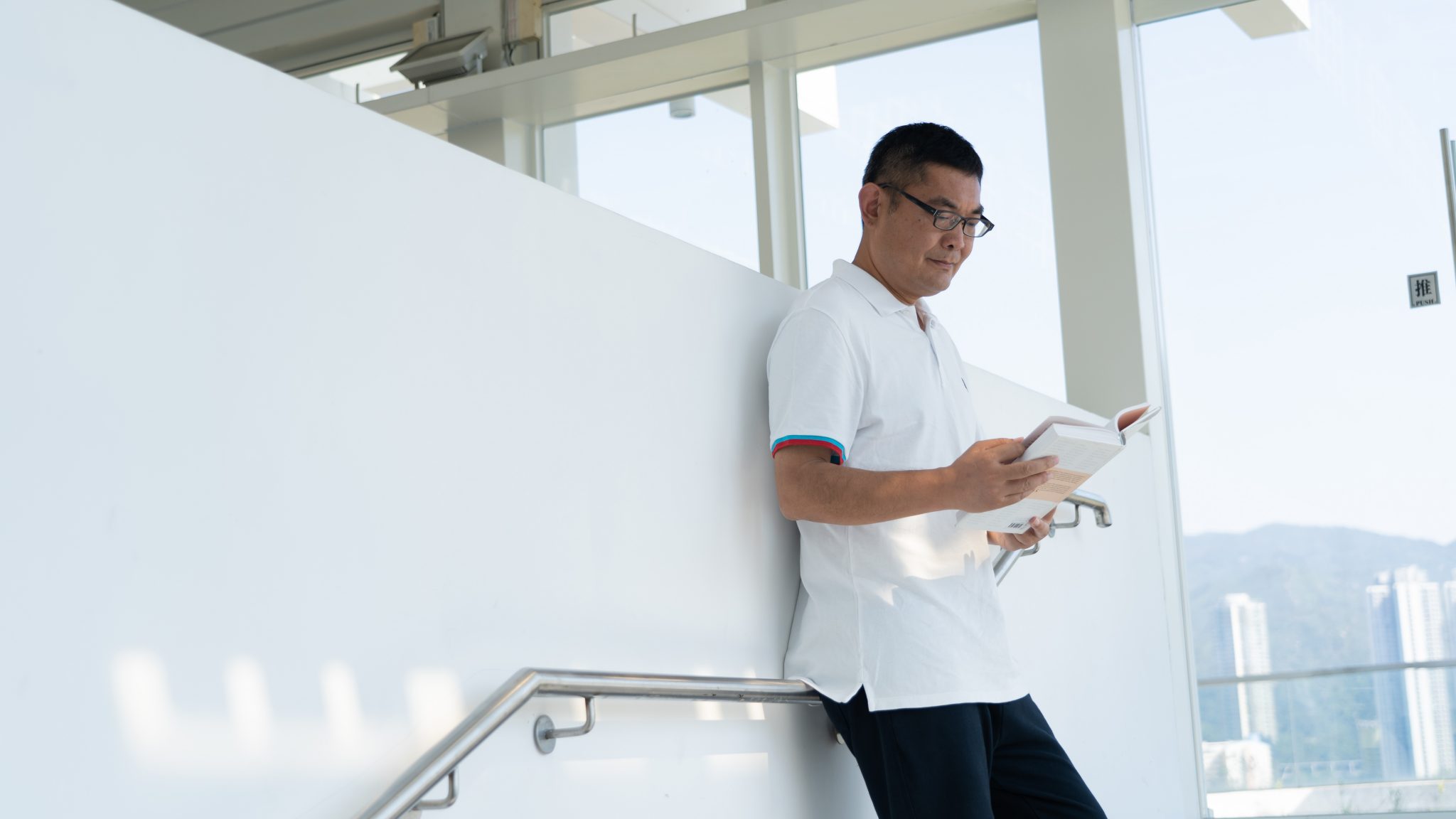 Staying True to Your Calling

Under Chan’s leadership, Hiteck was successfully listed on the Shenzhen Stock Exchange in 2017. He is grateful for the support from his friends, colleagues, business partners and clients, and thanks CUHK for the knowledge that has empowered him to guide the company to this point in time. Collaboration with CUHK on medical research is something that he looks forward to down the road.

Taking his company to IPO has been a daily reminder that he must stay true to his calling especially when facing challenges. “We’re still the same company doing what we set out to do. We won’t over-expand just because we’re now listed on the stock exchange. In the meantime, we need to gradually better our corporate governance, talent retention, and development and planning. We can’t abuse these valuable resources obtained through the IPO.”

Looking ahead, Chan reveals that the company will invest more in R&D. Chan explains that for chemical pharmaceuticals, besides keeping the manufacturing procedures in its own factory and closely controlling the quality of raw materials, it will turn its focus to small molecule drugs in hopes to improve existing drugs. In terms of biopharmaceuticals, Hiteck will conduct more research on diagnostic reagents in order to offer more accurate information on drugs. In addition to all of that, the company has established a pilot site in Zhuhai to gear up for opportunities presented by the Guangdong-Hong Kong-Macau Greater Bay Area development.

Only when we treat life with reverence do we value product quality; only when we innovate with boldness can we keep surpassing ourselves! —— Ah Chan

A Company with a “Soul”

Chan humbly admits that he is a man of few talents except perseverance – he is not someone who gives up easily. This quality came into full play when he participated in the 12th School of Business – Xuanzang Road Gobi Challenge in 2017（玄奘之路第十二屆商學院戈壁挑戰賽）. “The race was excruciating, but I’ve learnt that as long as I keep pressing on, any hardship eventually comes to an end.”

Although the IPO has been a success, Chan thinks that the company is still far from being a model corporation. There are still more targets he wants to reach. He hopes to instil a “soul” into the company by building a culture that “treats life with reverence and innovates with boldness”. He explains, “Only when we treat life with reverence can we value product quality; only when we innovate with boldness can we keep surpassing ourselves!”

As the saying goes: Good looking vessels are a dime a dozen, but an interesting soul is one in a million. It seems to be true to humans and companies. 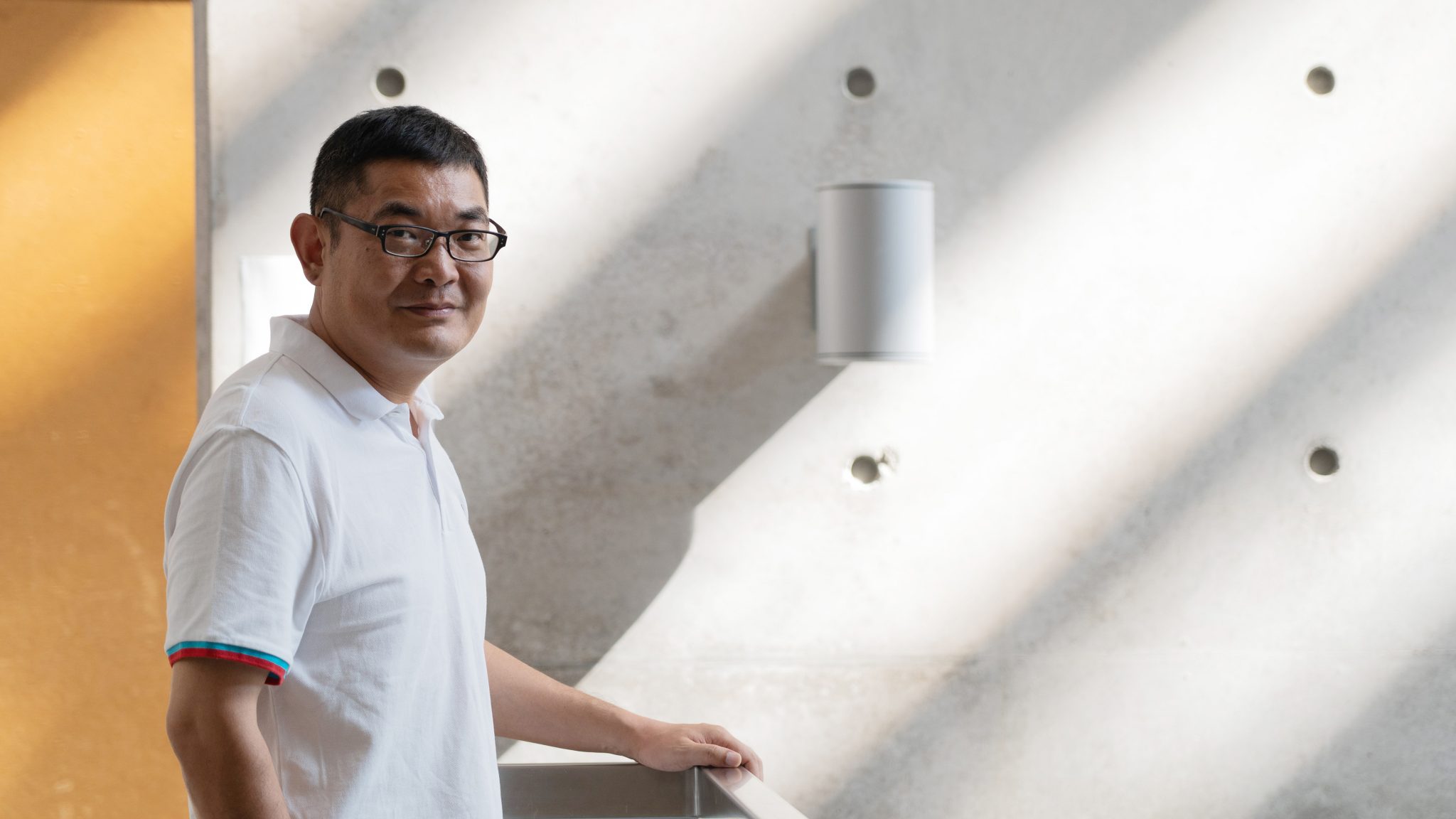