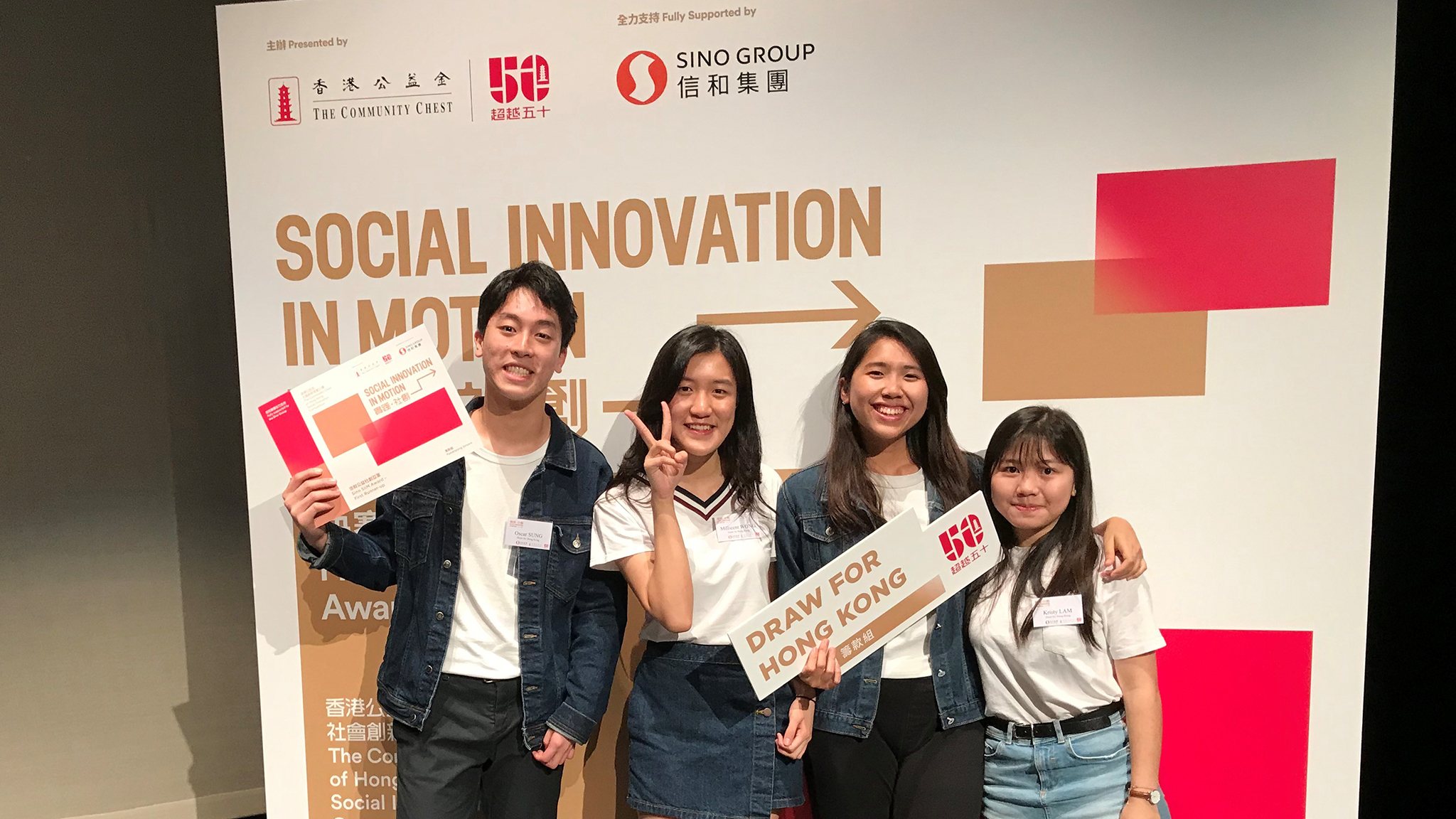 The students were shortlisted to be in the 16 finalist teams to present at the Grand Final on 9 March 2019 to compete for the championship.

The GBS team’s proposal, named ‘Draw for Hong Kong’, was to create a sizeable participatory artwork and turn it into a photographic hotspot that could become a collective memory for Hong Kong people. They impressed the judges with their thorough market analysis and practical strategies. The team was awarded with the First Runner-up in recognition of their outstanding performance.

Another Insurance, Financial & Actuarial Analysis student Nico Hui and his teammates, with their proposal named ‘Eye can shop’, also came third under the social innovation category in the competition. 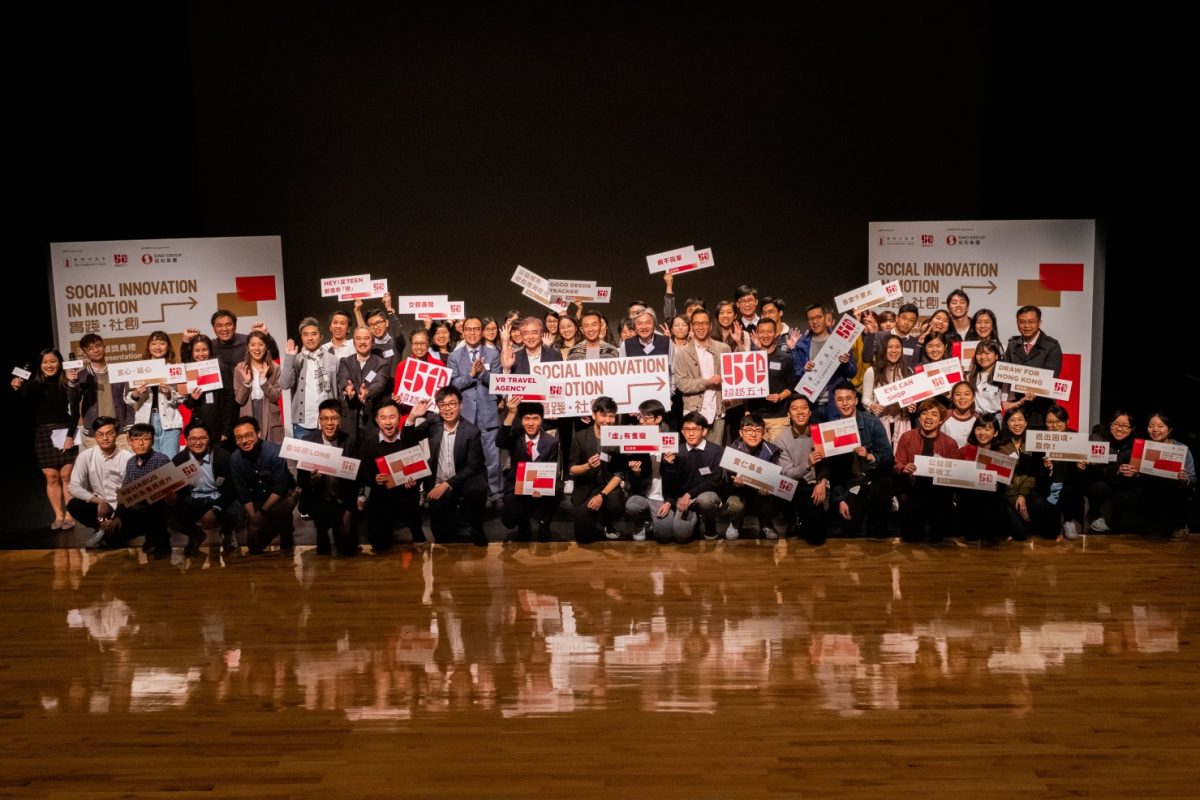 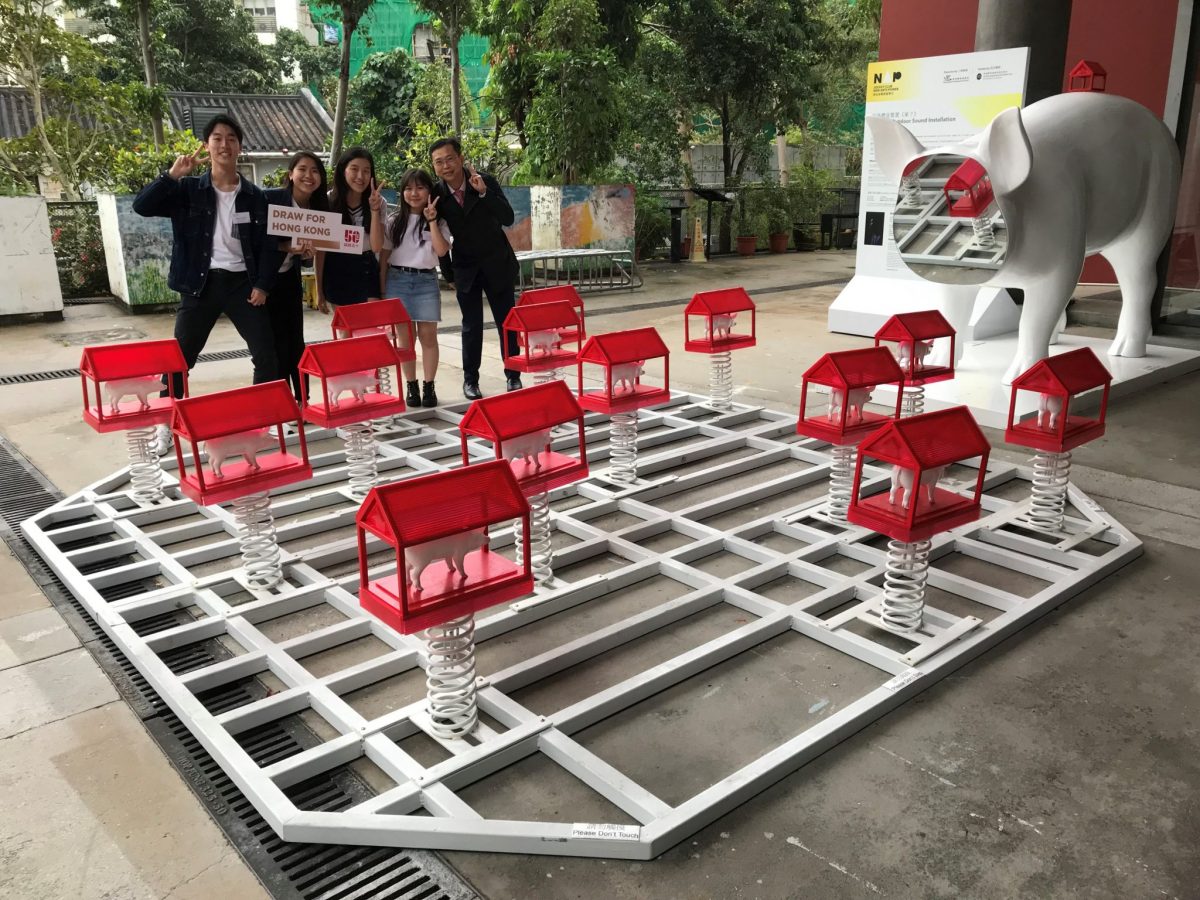 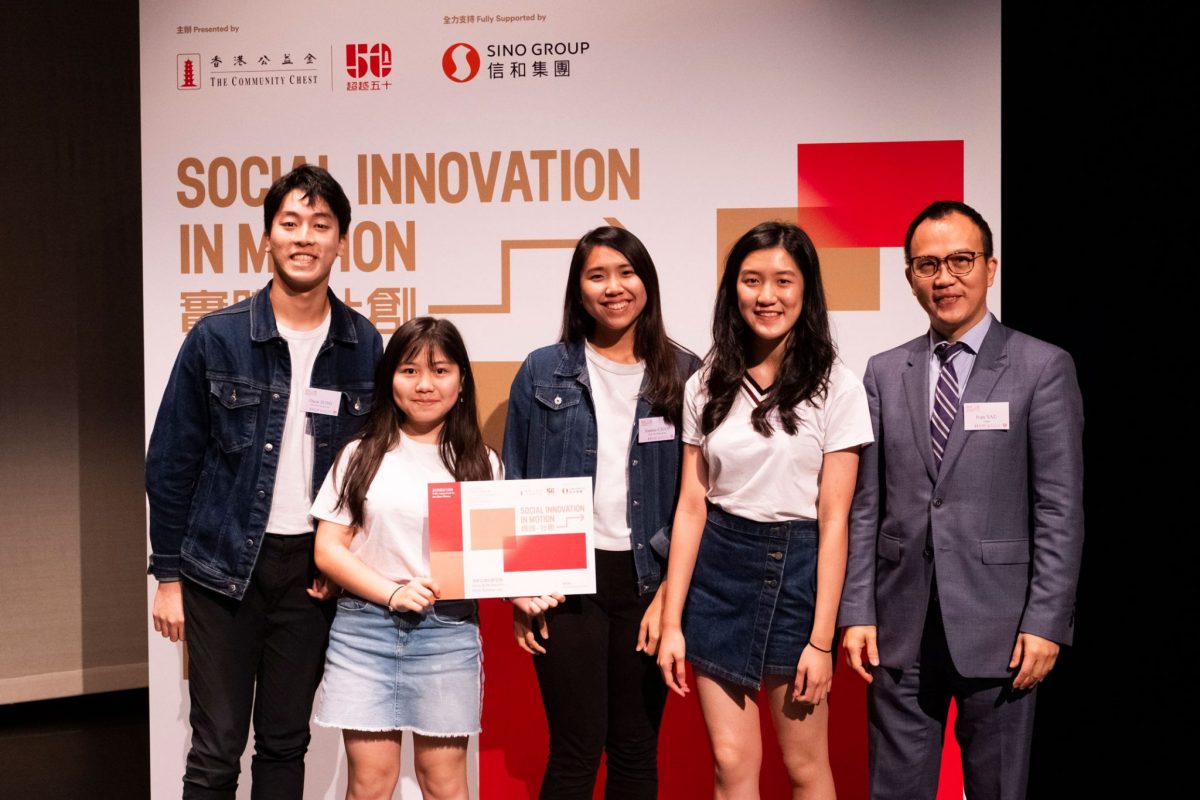 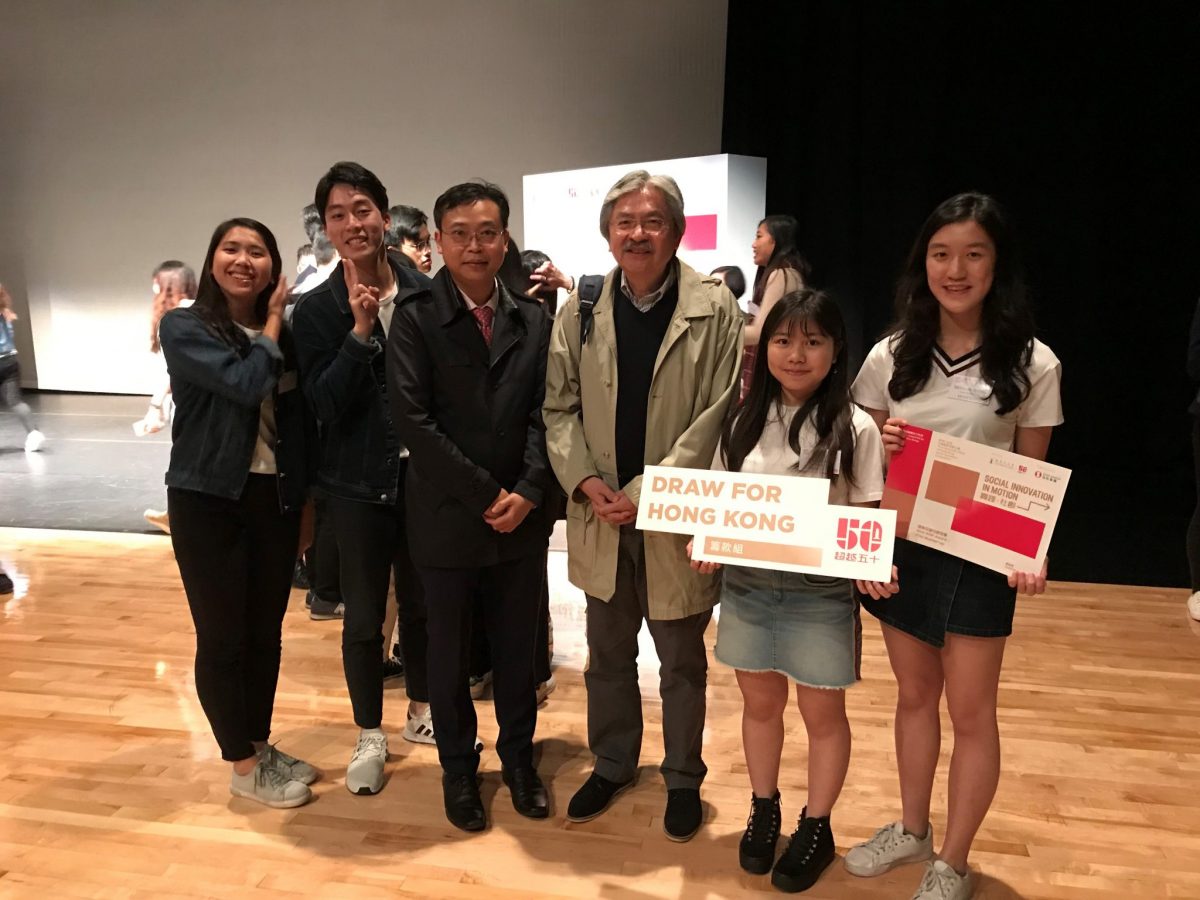 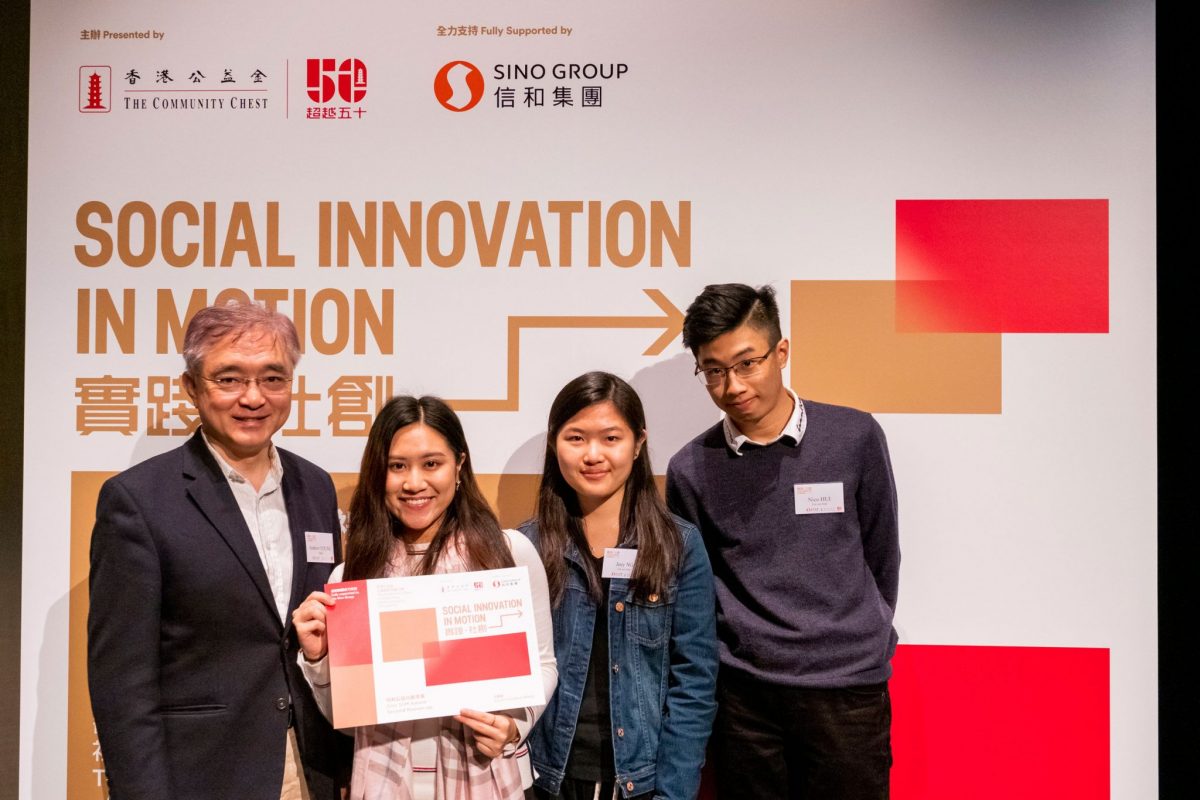 The key takeaway from the competition was not just the award but also a memorable experience to unleash our students’ creativity, to learn from team members, as well as to make an effort to build a better community.
Organised by The Community Chest, Social Innovation in Motion Competition (SIiM) was a community project opened to all tertiary education students to take part in. The competition was categorised into Fundraising and Social Innovation. Participants were required to submit a proposal on a new fundraising campaign for The Community Chest and present their ideas in front of the judging panel.

Always on the Lookout for Opportunity