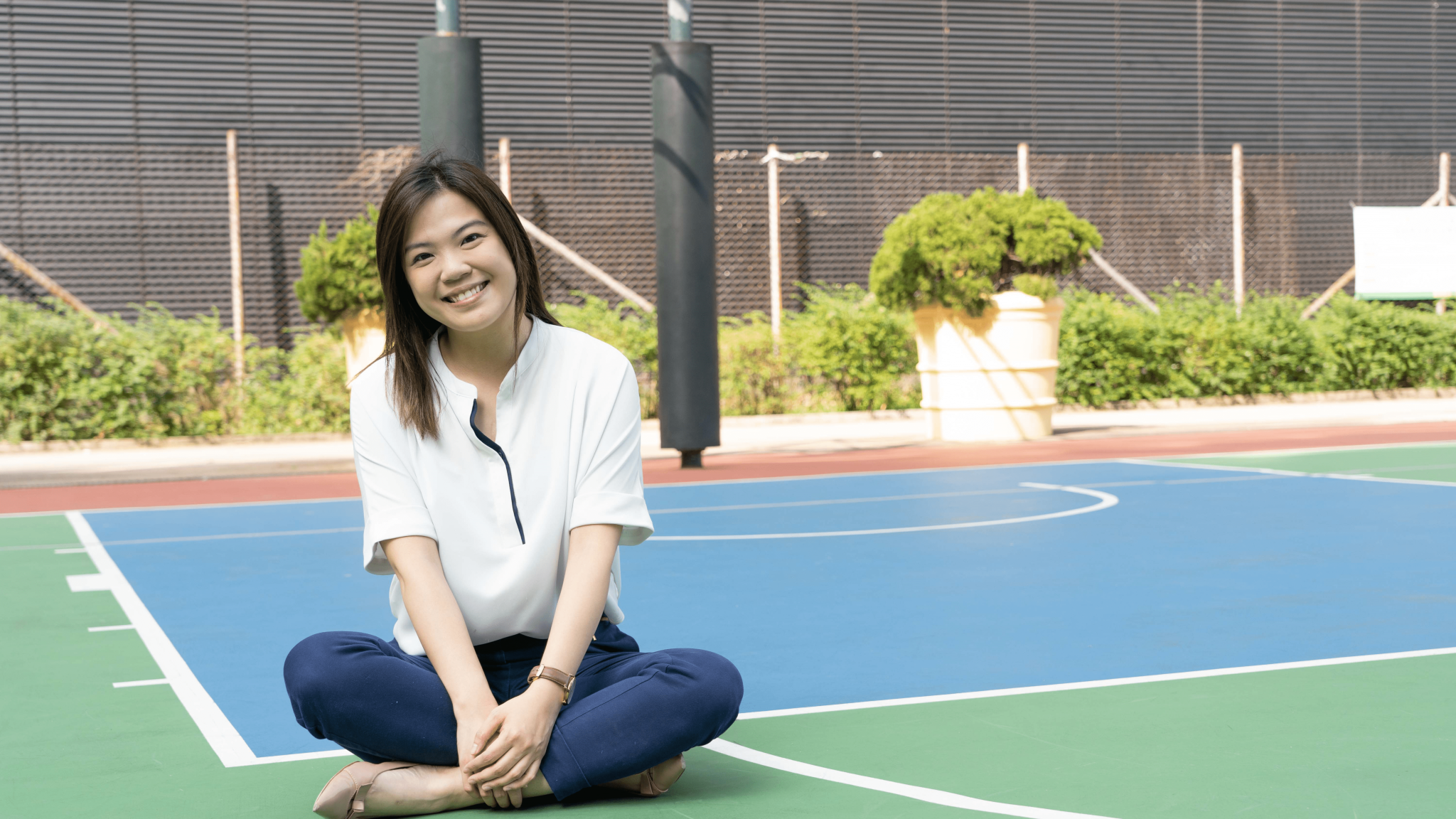 When confronted with social injustice, some people run away, and others adapt. Judy Kong (BBA in Integrated BBA 2008) chose to change the world using the knowledge and experience she accumulated in public policy, business resource management, and civic affairs. She hopes to bring together the powers of the government, the business sector, and civilians to cut through the deadlocks hindering our society. As Chief Executive of InspiringHK Sports Foundation, she is dedicated to rewrite the life of underprivileged youth through sports training. 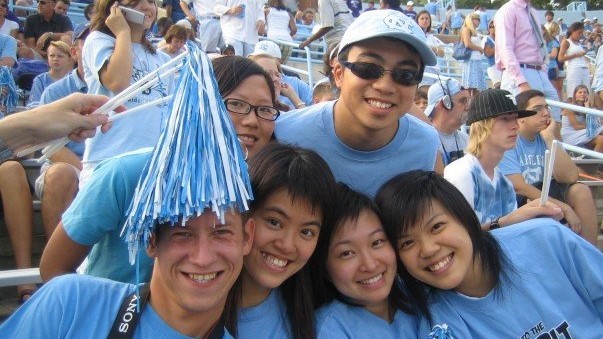 Thanks to the Global Business Studies programme, Judy (front row, far right) had the chance to go on an exchange trip to the North America with her classmates for the first time, which greatly widened her horizons.

Enroling in Global Business Studies to See the World

Judy comes from a humble background. She was born into a working class family with parents who do not speak English. Having grown up in public housing, she calls herself lucky to have been allocated to a prestigious secondary school with English as a teaching medium via the local educational lottery system. Luck and hard work paid off when she was accepted by The Chinese University of Hong Kong (CUHK) Business School’s most esteemed programme – Global Business Studies. “What made the programme so unique was that it took in 15 students each from Hong Kong, Europe and the US. We studied in all three locations in rotation. To a girl who was eager to see the world and widen her horizons, what would be more appealing than studying in Denmark and the US?”

Judy was fascinated by the “global” element of the programme, but her interest in the “business” element was only lukewarm. While her peers were busy conducting business case studies or seeking internships, she was drawn to cultural experiences and exchange with young people from other countries. These journeys took her to more than 10 countries and places such as the European Union Headquarters in Belgium. She also represented the AIESEC Hong Kong Chapter as an executive committee member during a youth conference in Romania. These experiences have opened her eyes and challenged her way of thinking.

“Don’t just focus on what you want but what they need.” —— Judy Kong

Building a Career in Social Affairs with Expertise in Public Policy, Business and Civic Advocacy

After graduating from CUHK, Judy did not seek a job in finance like most of her peers but instead joined Hong Kong Federation of Youth Groups (HKFYG) as a Development Officer and began working in social affairs. One might have wondered if the teaching from the business school would go to waste, but this could not be further from the truth. Her first task was to turn the organisation’s summer camp deficit around. “Like private businesses, NGOs are also self-sufficient, but NGOs reinvest their profits in society.”

Aside from working in social affairs, Judy also wanted to gain professional knowledge in related areas, so she decided to enrol in a social work master’s programme after work. Two years later, she left HKFYG for an internship in a hospital in Shanghai and finally became a registered social worker. Following that she joined multinational corporation Burberry to help manage the company’s Asia-Pacific charity fund and community affairs. 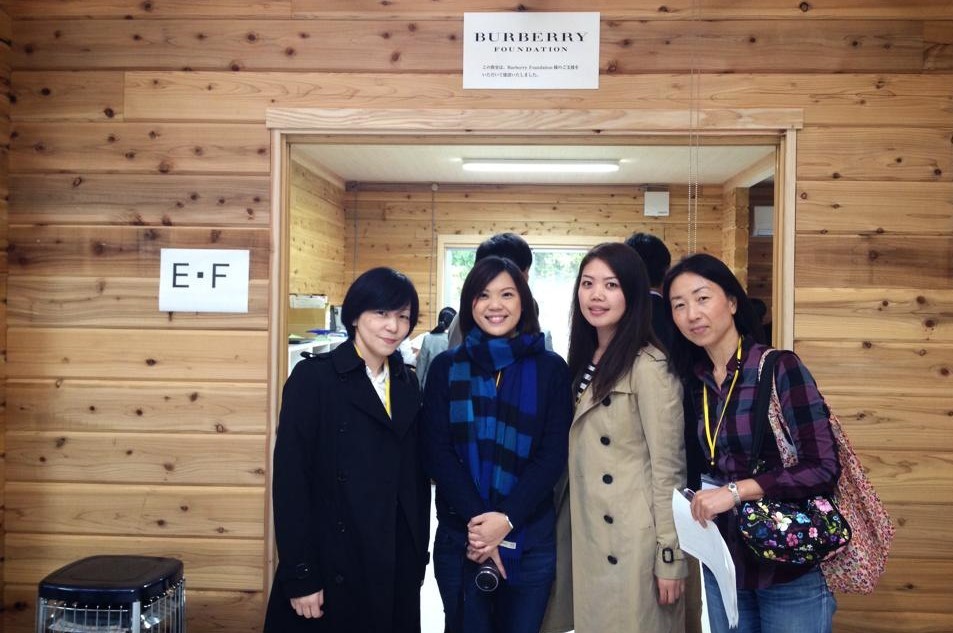 During her time at Burberry, Judy (2nd from left) represents the company and travels to the northeast region of Japan to coordinate post-3/11 earthquake donation work.

During her four years of service at Burberry, Judy organised many charity events. She remembers taking part in the fundraising effort for the 3/11 Earthquake in Japan like it was yesterday. Because she was now working in a benefactor, not a beneficiary organisation, the change of role required her to make many tough decisions. For instance, if calamity wiped out everything, which projects should get priority in the allocation of resources? She also perfected the art of working with different stakeholders. “Don’t just focus on what you want but what they need. This line of thinking has benefited me so much since.”

It eventually became clear to Judy that the impact of NGOs and the business sector was limited because many social problems were caused by the government. She consequently quit her job and went to Oxford University in the UK to take a place in its Master of Public Policy programme along with 120 fellow students from 70 countries. After finishing her studies, she returned home and became the Chief Executive of InspiringHK Sports Foundation with a goal to influence public policies through civic advocacy. 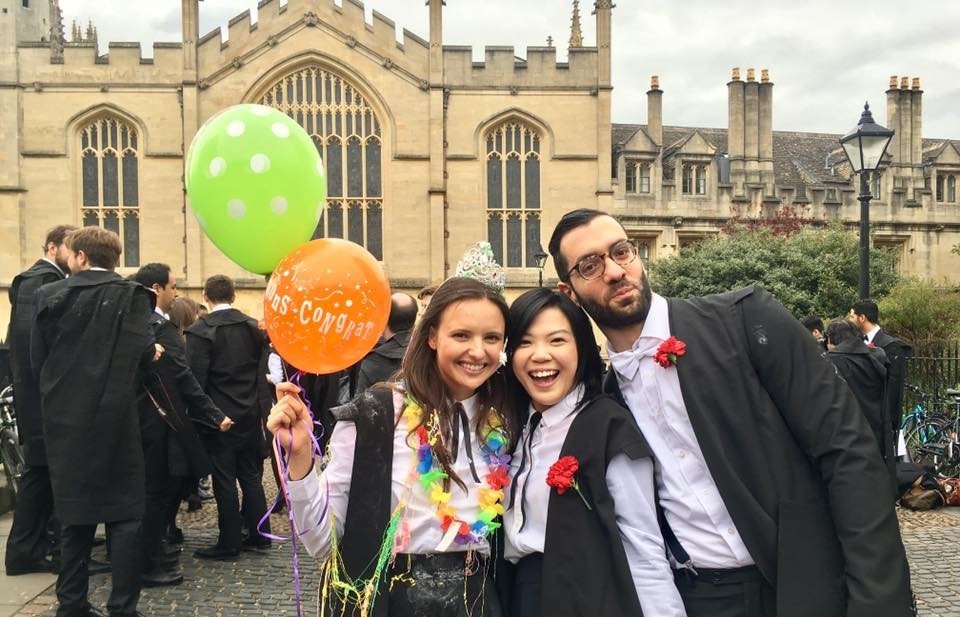 Judy (centre) joined the University of Oxford’s Master of Public Policy to enrich her knowledge in public affairs, business and civic advocacy.

Cultivating a “Never Give Up” Spirit Through Sports Training

Through sports training, InspiringHK sets out to help working class youth build their confidence and cultivate a “never give up” spirit – which will in turn boost their social mobility. “People these days like to celebrate success but don’t necessarily know how to deal with failure. Sports games are excellent perseverance training because no one wins or loses forever.”

InspiringHK partners with youth centres and schools. The latter two assist with student recruitment while the former conducts interviews, provides professional coaches and equipment, and identifies suitable community locations for sports training. “We had a child with a learning disability. He was isolated by other students in school. No one even came to his birthday party. After a year of training in shuttlecock kicking, not only had his hand-foot coordination improved, he also made new friends. Sports may not be able to get people out of poverty directly, but it encourages positive thinking – an attitude that could change lives.” 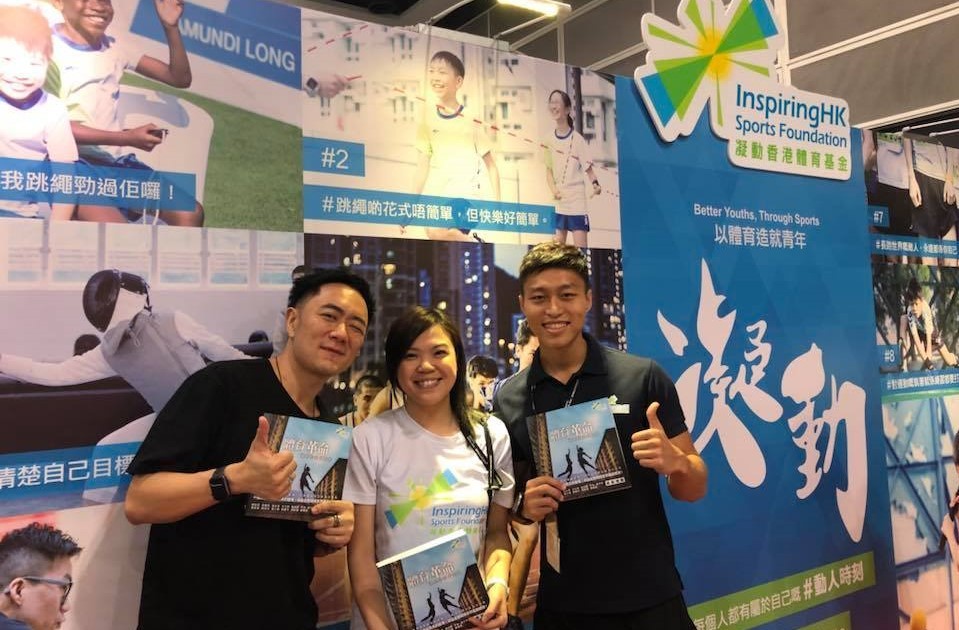 It has been almost two years since Judy (centre) assumed the role of Chief Executive of InspiringHK Sports Foundation. She is committed to promote the importance of sports training in bettering the lives of youths to the public.

Running a Charity Requires Keeping Up with the Times

As a charity startup, InspiringHK is not subsidised by the government, so fundraising is one of Judy’s main responsibilities. To gain a donor’s trust, effective governance and impact assessment are crucial. “Nowadays donors aren’t satisfied with just a group photo at a sponsored event. They want to know how much social benefit each dollar generates. We need to quantify the improved well-being of our beneficiaries and tie it to the testimonies from our trainees and parents to secure long-term sponsorship.”

It has been a decade since Judy entered the workforce. Although a career in social affairs is a rarity among CUHK Business School alumni, Judy does not think she is morally superior. “You can contribute to society in your own way in any industry. Everyone does it differently.”

This idea resonates with a famous saying by Lu Xun, “Every bit of passion generates a tiny beam of light. Just like a glowworm, it lights up the dark without the help of a torch.”

Stay True to Your Calling – Look Forward with Biopharmaceuticals